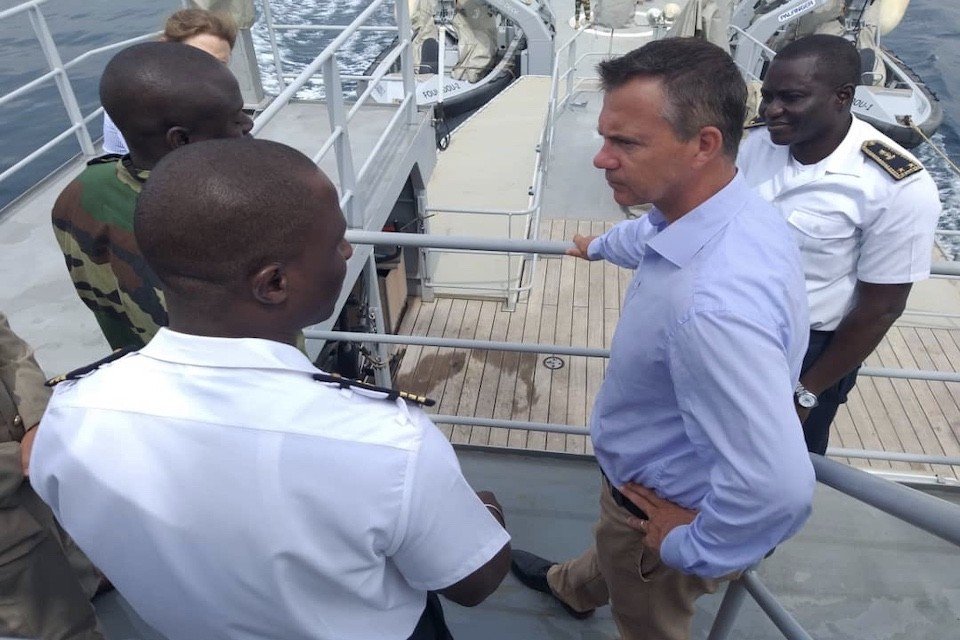 During a recent visit to West Africa, Armed Forces Minister Mark Lancaster announced that the UK has extended its English language training for members of the Senegalese Armed Forces…

The programme will continue to ‘train the trainer’, with further groups of Senegalese troops upskilled so they can lead language courses for other Senegalese Armed Forces personnel. Over the last three years, the UK has so far trained 680 Senegalese personnel, readying them for deployment to international peacekeeping operations.

Armed Forces Minster Mark Lancaster said: “The UK has always been a key partner in West Africa and we have maintained strong, generational relationships across the area. It is beneficial for all our friends and partners in the region that we continue to support peace, development, and prosperity.

“Senegal plays a vital role in peacekeeping missions across Africa and soon our troops will work side by side with them as part of the UN mission in Mali. By extending this training, we’re supporting our Senegalese partners to fulfil their important international commitments.”

Lancaster travelled to Senegal for a meeting with his Senegalese counterpart, Mr Sidiki Kaba. He welcomed the growing UK and Senegal defence relationship, demonstrated by the Royal Marines providing important training to the Senegalese Navy’s Marine Special Forces.

The Minister also commended the vital role that Senegal plays in the UN Mission in Mali, supporting some of world’s most vulnerable people. The UK has recently announced that it will be committing an additional 250 troops to the operation. The British troops will work alongside the 1,200 Senegalese troops and over 300 police officers currently deployed.