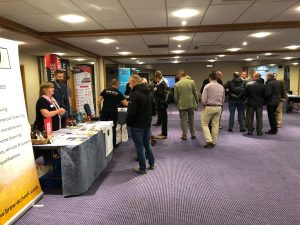 The final resettlement expo of the year from Pathfinder International was held on Thursday October 3 at the Albert Hall Conference Centre in Nottingham.

Once more, the event was of great interest to the military community with a healthy attendance on the day from serving personnel to families.

Exhibitors from employers to pension’s advice were on hand to help make the military transition to civilian life that little bit easier.

Pathfinder International editor, Mal Robinson was also present on the day and said: “The event was another great success for Pathfinder and more importantly, people in the military community. I spoke to an array of people from various stages in their military career, from serving personnel through to veterans, which was great to see and mingle with.”

Once again, Pathfinder would like to thank all of our attendees on the day and many thanks for the support of our exhibitors.

Thanks once more to: