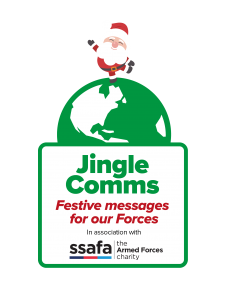 It is nearly that time of year again, when Pathfinder magazine publishes an array of festive well wishes for troops serving away on operations, exercises, or on duty over the festive period, to let them know we are thinking of them.

The annual “Jingle Comms” campaign in association with SSAFA was launched in 2017 and has proved to be a popular hit, with celebrities, military personnel, veterans and the general public all sending their support in the written form.

With Pathfinder’s December issue looming on the horizon, we are asking for your messages once more to be included in the print and online versions of the magazine, as well as the Pathfinder website.

As ever the messages of support are also welcome for our veterans community.

We only need a sentence or two, your location and name! Email Pathfinder editor, Mal Robinson at MRobinson@balticpublications.co.uk Images will also be considered dependant on space within the magazine.

Deadline is November 29 to be included in the December issue of Pathfinder.

In recognition of their service to the Nation, SSAFA works to ensure that the needs of the Armed Forces, veterans and their families are met in an appropriate and timely way.

For more information on SSAFA and how to get in touch, see their website here.