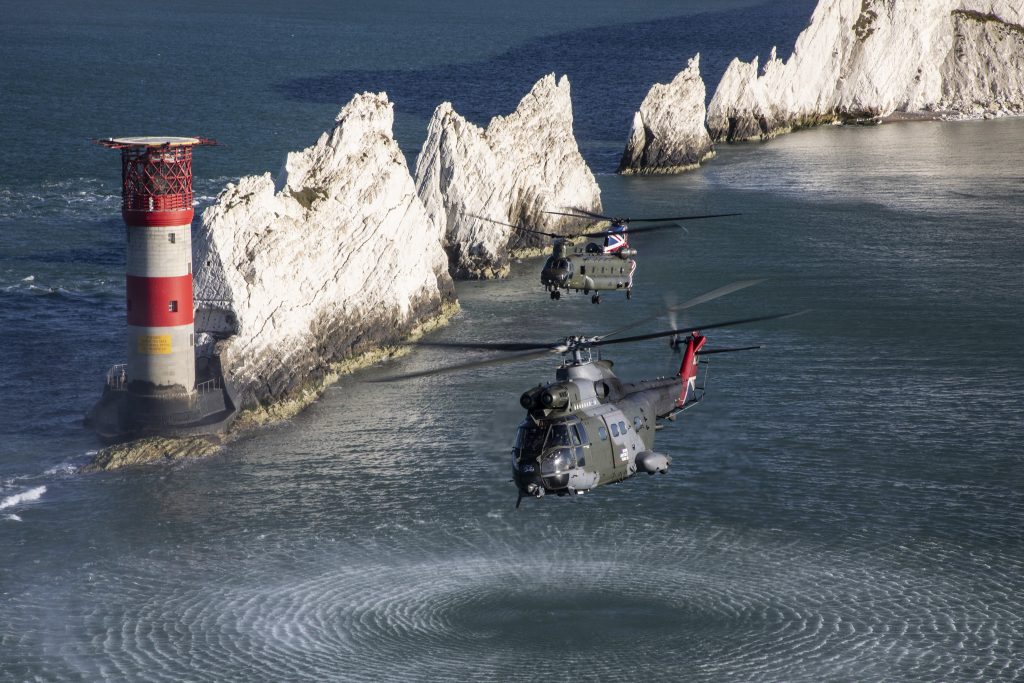 A formation flight of specially painted Chinook and Puma helicopter took place on 25th November 2021, to mark over 90 years of combined service.

A formation flight of specially painted Chinook and Puma helicopter took place on 25th November, to mark over 90 years of combined service. The occasion saw the aircraft take a commemorative flight over a number of locations in the South of England displaying their bespoke anniversary tail art.

The two uniquely painted airframes celebrated their individual anniversaries earlier this year, but this was their first formation flight as a pair. The Puma (XW224), from RAF Benson, Oxfordshire, has completed 50 years of service, while the Chinook (ZD984), from RAF Odiham, Hampshire, has completed 40 years of service.  Each aircraft’s tail art was especially commissioned to commemorate the significant anniversaries of their entry into service with the Royal Air Force. The flightpath included a number of iconic sites, stretching from the Isle of Wight to central London; with each location offering unique joint training opportunities for the crews who will often work together on operations. 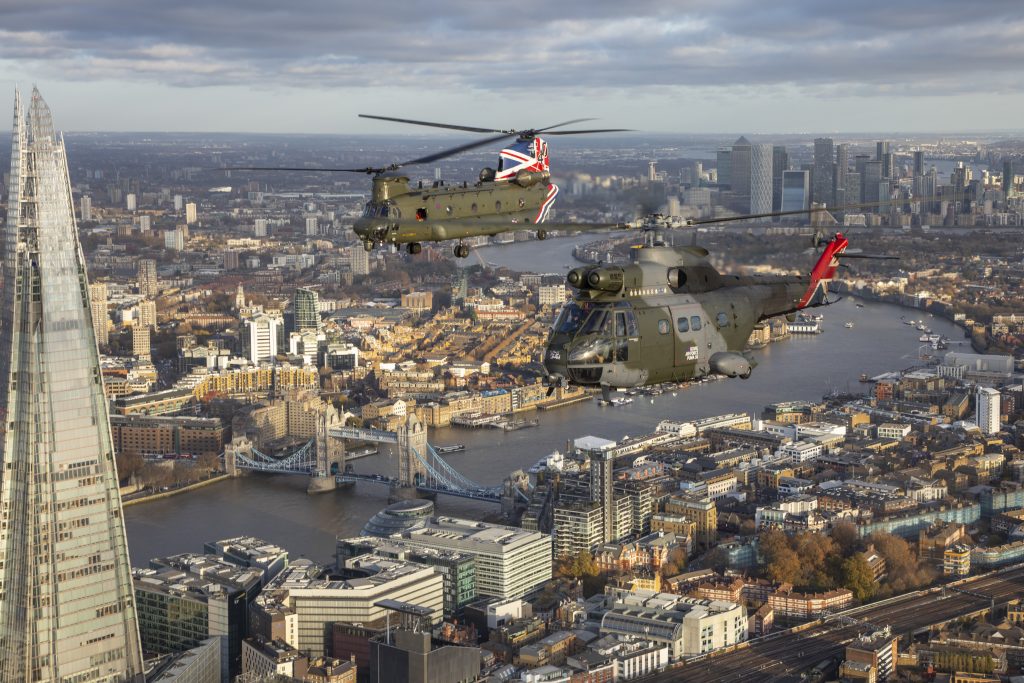 A formation flight of specially painted Chinook and Puma helicopter took place on 25th November 2021, to mark over 90 years of combined service.

The Chinook, a heavy-lift helicopter with its distinctive twin engine, tandem rotor heads, arrived into RAF service on 22 November 1980. Throughout its 40 years of service, the Chinook has operated in every major conflict since the Falklands War in 1982 including life-saving medical evacuations.  It has made an immeasurable contribution to the Service, supporting communities across the UK with its extensive and adaptable lift capability including flood relief efforts and life-saving patient transfers in the UK.

The helicopters are expected to be returned to their standard operational markings early next year.

The Chinook Force Commander, Group Captain Donal McGurk, said: ““For a combined 90 years, the Chinook and Puma have played a vital role in the UK’s defence capability, supporting our people at home and overseas. I am privileged to command the Chinook element of the Support Helicopter Force and I look forward to seeing the Chinook play an equally important role as part of the next generation RAF.”

The Puma Force Commander, Group Captain Nick Paton, said: “It’s an absolute honour to command the Puma Force in its 50th anniversary year.  The Support Helicopter Force has made a vast contribution to operations around the world and in the UK, with the Puma and Chinook delivering over 90 years of combined service.  All those who have worked for or with the Puma Force over the last five decades should be incredibly proud of the part they have played, and continue to play, in its successes.”