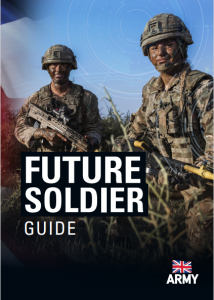 Defence Secretary Ben Wallace has announced yesterday that The First Battalion of the Royal Regiment of Scotland will lead the British Army’s new Ranger Regiment.

This boost for Scotland comes under new plans announced as part of ‘Future Soldier’, the Army’s most radical transformation in over 20 years.

1 SCOTS will become 1st Battalion, The Ranger Regiment and will operate alongside three other battalions.

The Ranger Regiment sits at the heart of the Army’s new expeditionary posture and will be routinely deployed alongside partner forces around the world to counter extremist organisations and hostile state threats. It is part of the newly established Army Special Operations Brigade. Training and selection will commence from the 1st December 2021.

Future Soldier is reinforced by the ambition outlined in the Defence Command Paper to transform the Army into a more agile, integrated, lethal, expeditionary force.

We have underpinned this generational work with an extra £8.6bn for Army equipment, bringing the total investment to £41.3 billion.

Our army will operate across the globe, equipped with the capabilities to face down a myriad of threats from cyber warfare through to battlefield conflict.

Britain’s fantastic Armed Forces have a long and distinguished history in Scotland and the Army’s most significant modernisation in a generation ensures that this will continue as we tackle the threats of the 21st century as one United Kingdom.

Basing more battalions and a greater proportion of the Army here, along with retaining Glencorse Barracks and growth coming to Kinloss and Leuchars – thanks to £355 million investment – demonstrates powerfully how important defence is to Scotland and Scotland is to the defence of the UK and our allies.

We are incredibly fortunate in the UK in having such committed, skilled and willing military personnel and I’m grateful for all their efforts to keep us safe. I’m also proud that Scottish capabilities – in defence, space, cyber and maritime industries – will continue to contribute immensely to the UK’s security.

This shift to a globally engaged posture will mean more personnel are deployed for more of the time, with a new network of Land Regional Hubs based on existing training locations in places such as Oman and Kenya.

The Ranger Regiment’s cap badge will take its inspiration from the Peregrine Falcon and everyone will wear a metal badge, irrespective of rank.

Scotland will gain a major unit and Future Soldier will also see a higher proportion of the British Army based in Scotland. This provides an opportunity for more Scottish soldiers to be based nearer home, whilst delivering a broader range of exciting roles.

The 2nd and 3rd Battalion of the Royal Regiment of Scotland will continue to be based in Scotland with 2 SCOTS staying in Edinburgh and 3 SCOTS staying in Inverness until 2029 before moving to Leuchars – forming an integral part of a new Security Force Assistance Brigade. The Scots Dragoon Guards will remain as a Light Cavalry Regiment based out of Leuchars.

Glencorse Barracks has been saved from closure, and an additional sub-unit will be based at Kinloss. Redford Barracks closure has been delayed by four years to 2029, with plans to close Fort George, Inverness continuing as planned.

Future Soldier will see £355 million of investment in the Army estate in Scotland, delivering over £1 billion of prosperity benefit.

The Army’s footprint in Scotland will be reinforced by a significant proportion of the £3.35 billion from the Defence Estate Optimisation budget and £1.2 billion of Army investment in remaining sites.

Reserve Forces across the UK will be given increased responsibility. This includes the 6th and 7th Battalions of the Royal Regiment of Scotland and the Scottish and North Irish Yeomanry who, in 2023, will form part of the new 19th Brigade, responsible for generating forces for home-based resilience tasks, especially in times of crises.

The Scottish Gunners, (19 Regiment, Royal Artillery) will form a critical part of a new Deep Recce Strike Brigade Combat Team. Based on Salisbury Plain, the Brigade Combat Team will provide the British Army with an extremely long-range surveillance capability and precision fires.

Launched as part of the Government’s Integrated Review in March 2021, Future Soldier outlines how the Army will be organised and structured in the future, and how it will deal with emerging threats across the world. The latest announcement follows ongoing work by the Army to implement the changes across the Army.

The complete guide to Future Soldier is available online at https://www.army.mod.uk/news-and-events/events/future-soldier/