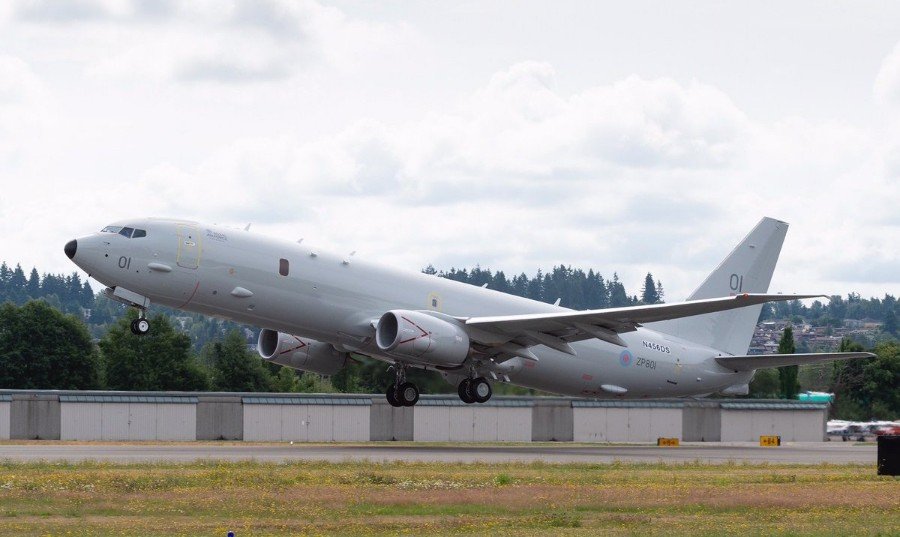 The MOD is investing £3 billion in nine state-of-the-art jets which will enhance the UK’s tracking of hostile maritime targets, protect the British continuous at-sea nuclear deterrent and play a central role in NATO missions across the North Atlantic.

Defence Secretary Ben Wallace said: “The arrival of the world-class Poseidon aircraft marks a step-change in the UK’s maritime patrol capability. Using the world’s most advanced sensors and operating for long periods, these aircraft will transform the quality of intelligence available to our armed forces and protect our vital nuclear deterrent.”

Following an unveiling ceremony in Seattle, the aircraft was flown to Naval Air Station Jacksonville in Florida where RAF personnel are being trained to operate the aircraft. On arrival Michelle Sanders, DE&S Delivery Team Leader, signed the paperwork to formally transfer the aircraft, named Pride of Moray, to UK ownership.

Air Chief Marshal Mike Wigston, Chief of the Air Staff, said: “Poseidon is a game-changing maritime patrol aircraft, able to detect, track and if necessary destroy the most advanced submarines in the world today. With Poseidon MRA1, I am delighted and very proud that the Royal Air Force will once again have a maritime patrol force working alongside the Royal Navy, securing our seas to protect our nation.”

First Sea Lord, Admiral Tony Radakin, said: “Poseidon marks a superb upgrade in the UK’s ability to conduct anti-submarine operations. This will give the UK the ability to conduct long range patrols and integrate seamlessly with our NATO allies to provide a world-leading capability. This will maintain operational freedom for our own submarines, and apply pressure to those of our potential foes.”

The Poseidon MRA1 is designed to carry out extended surveillance missions at both high and low altitudes. The aircraft is equipped with cutting-edge sensors which use high-resolution area mapping to find both surface and sub-surface threats.

The aircraft can carry up to 129 sonobuoys, small detection devices which are dropped from the aircraft into the sea to search for enemy submarines. The systems survey the battlespace under the surface of the sea and relay acoustic information via radio transmitter back to the aircraft. They will also be armed with Harpoon anti-surface ship missiles and Mk 54 torpedoes capable of attacking both surface and sub-surface targets.