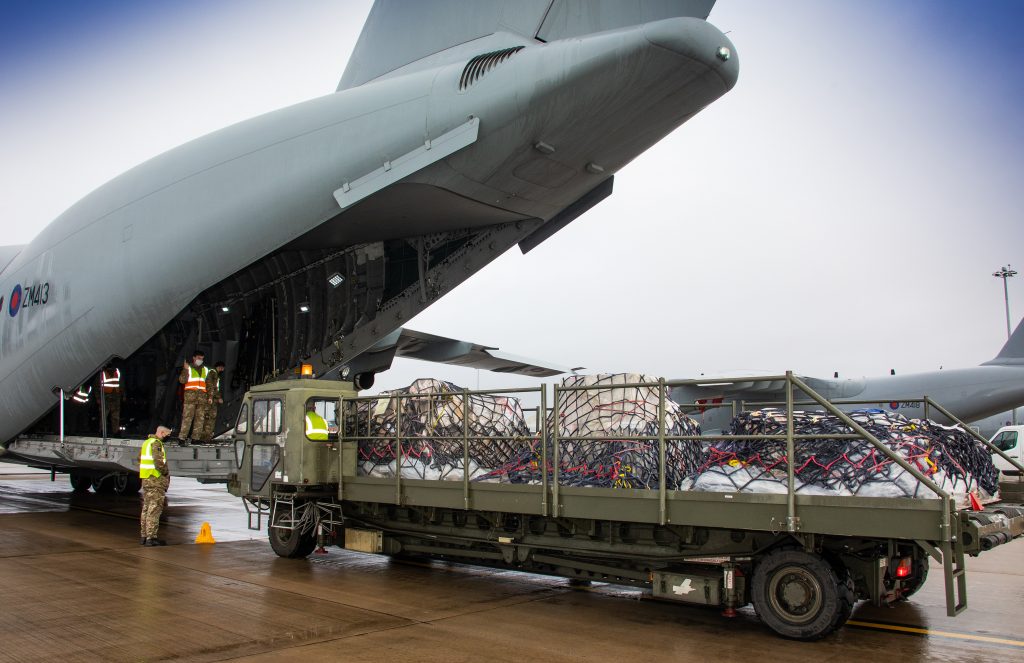 Due to its remote location and small population of just over 800 contractors and military personnel, it will become the first island to be fully vaccinated against Covid-19.

“The role of the RAF is multipurpose. From the moment that the vaccines arrive at the front gate of RAF Brize Norton, the Brize Norton machine kicks into gear.

“The RAF is well placed to deliver and manage this vaccine delivery, and we’re extremely proud to be a part of providing this support to our Overseas Territories.”

Upon departing RAF Brize Norton, the vaccine must only be out refrigeration for a maximum of 72 hours, before entering refrigeration in Ascension Island again and must be stored at between 2-8 degrees. After a quick refuelling stop on route, the crew delivered the precious cargo into the safe hands of RAF movers on the ground, which later was given to the Ascension Island Government to begin distribution.

“This delivery was extremely important because the RAF can get out to remote locations that commercial aircraft can not necessarily access. Places like Ascension Island are notoriously difficult to get to, the RAF bridge the gap and try and help where we can.”

Delivered on behalf of the FCDO, the delivery reaffirms the UK Government’s commitment to supporting its Overseas Territories.