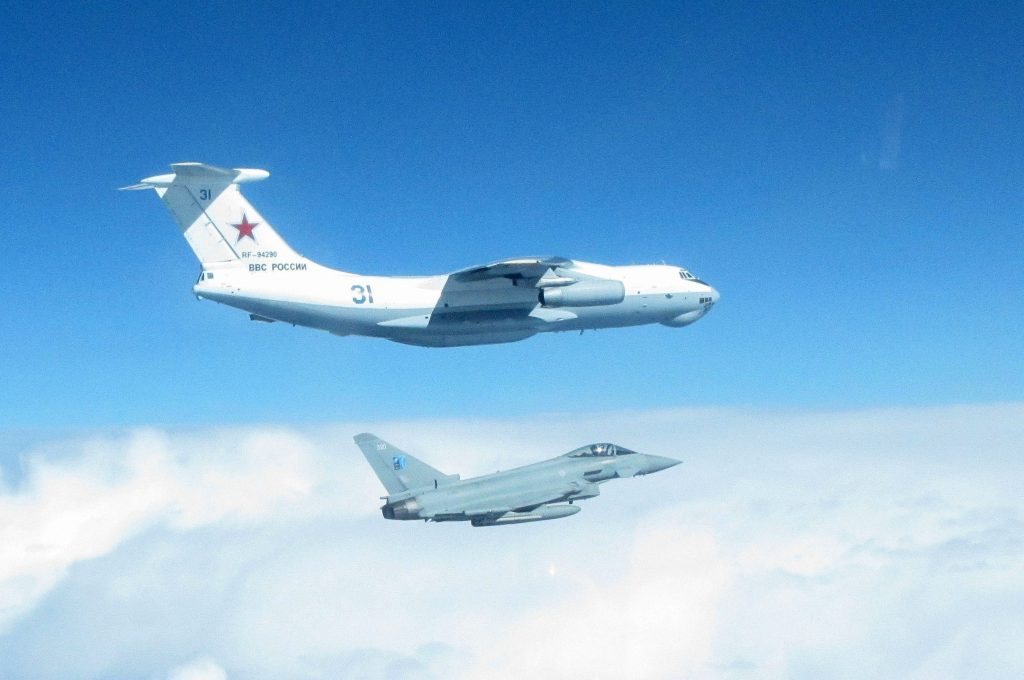 Royal Air Force Typhoon fighter jets based in Lithuania have launched for the fifth time to intercept Russian aircraft off the Baltic coast line.

The Typhoons from RAF Lossiemouth based 6 Squadron RAF, intercepted a Russian IL-78 MIDAS Air to Air refuelling aircraft that was operating over the Baltic Sea and was a routine NATO Air Policing mission.

Wg Cdr Stu Gwinnutt the commanding officer of the deployed 135 Expeditionary Air Wing, that is currently deployed at Siauliai air base in Lithuania conducting the NATO mission said: “Today’s interception, though routine, is a continuing sign of why it is necessary to deploy the NATO Air Policing Mission here, to ensure that all air users in this region can conduct their activities in a safe and professional manner.”

The UK operates in support of NATO to reassure our Allies and is a part of the wider UK NATO commitments in the region. These include leading the NATO Battlegroup deployed in Estonia and supplying troops to the US led Battle Group based in Poland as part of NATOs enhanced Forward Presence mission.