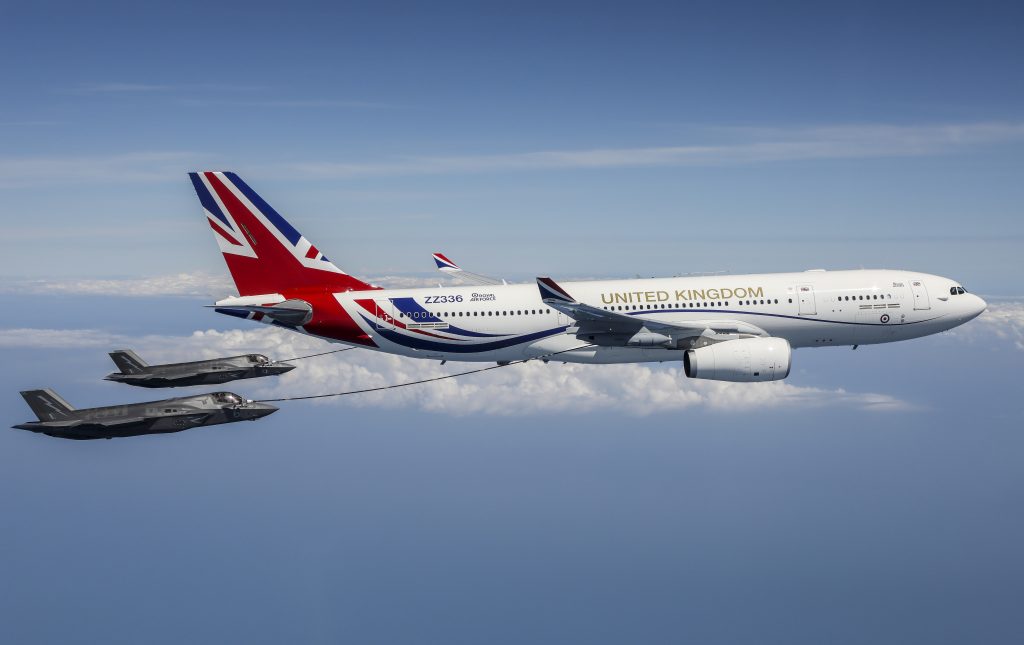 FOLLOWING the arrival of the RAF VIP Voyager to its base at RAF Brize Norton in Oxfordshire, post the completion of its smart new paint scheme, the aircraft returned to its primary role supporting operational training last week acting as a ‘petrol station in the sky’ offering Air-to-Air refuelling (AAR) to RAF Lightning and Typhoon fighters during Exercise CRIMSON OCEAN.

After several weeks of painstaking work, the Voyager was confirmed as being ready to undertake all operational roles including AAR and personnel transport alongside the rest of the RAF Voyager fleet. Taking off from RAF Brize Norton, the aircraft spent most of the day airborne to provide several refuelling stops for the fighters taking part in the joint RAF and Royal Navy exercise.

“The new livery looks superb but the reality is that flying this aircraft is no different to any of the other aircraft that make up the Voyager Force. It is capable of conducting the same essential Defence tasks, not least of which is the air-to-air refuelling role that allows us to deploy our Typhoon and Lightning aircraft to every corner of the globe. Taking part in Exercise Crimson Ocean is a great opportunity to show what Voyager can do.”

Exercise CRIMSON OCEAN allows the Royal Navy and RAF to train and hone their ability to deliver routine fighter and helicopter operations in a range of environments from the aircraft carrier HMS Queen Elizabeth. Lightning aircraft from 617 Squadron have been onboard the carrier since 10 July when they left their base at RAF Marham in Norfolk. 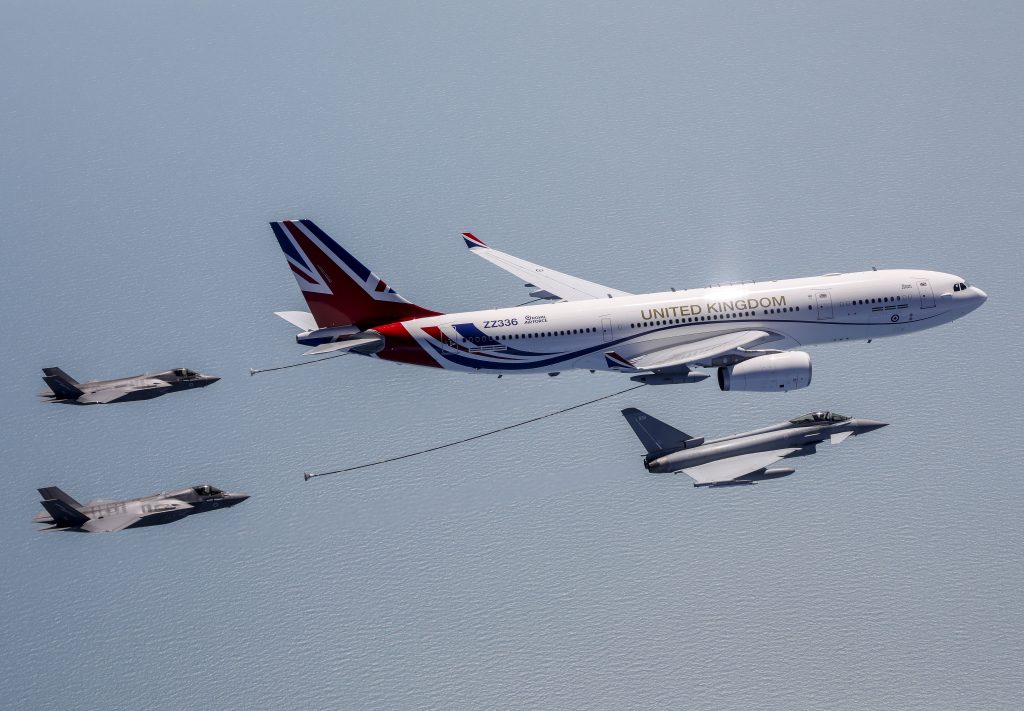 So whilst for the time being, the VIP Voyager is back to its ‘day job’ the aircraft will soon be fulfilling its important VIP role, displaying the new Union Flag livery for the UK across the world when transporting Ministerial, Royal and their delegations on trade, diplomatic and other missions.

The Project was not only about the visual design, this was a complex engineering project requiring detailed drawings which were developed by AIRBUS. Marshall Aerospace and Defence Group were then chosen to deliver the project on time and within budget.

The Voyager is a hugely capable tanker, able to carry up to 111 tonnes of fuel, the highest capacity of all tanker aircraft, with the ability to dispense 50,000 kg of fuel to a broad range of aircraft during a four-hour loitering mission at over 1,000 nm from its take-off point.

Despite appearances the flag design is correct in all respects and follows the convention for the flag to appear as though it is flying from a flag placed on the nose of the aircraft, as it travels through the air. When viewing the starboard side (right hand side), this can give the mistaken impression that the design is backwards, or upside down, when in fact the observer is simply viewing the reverse side of the flag.