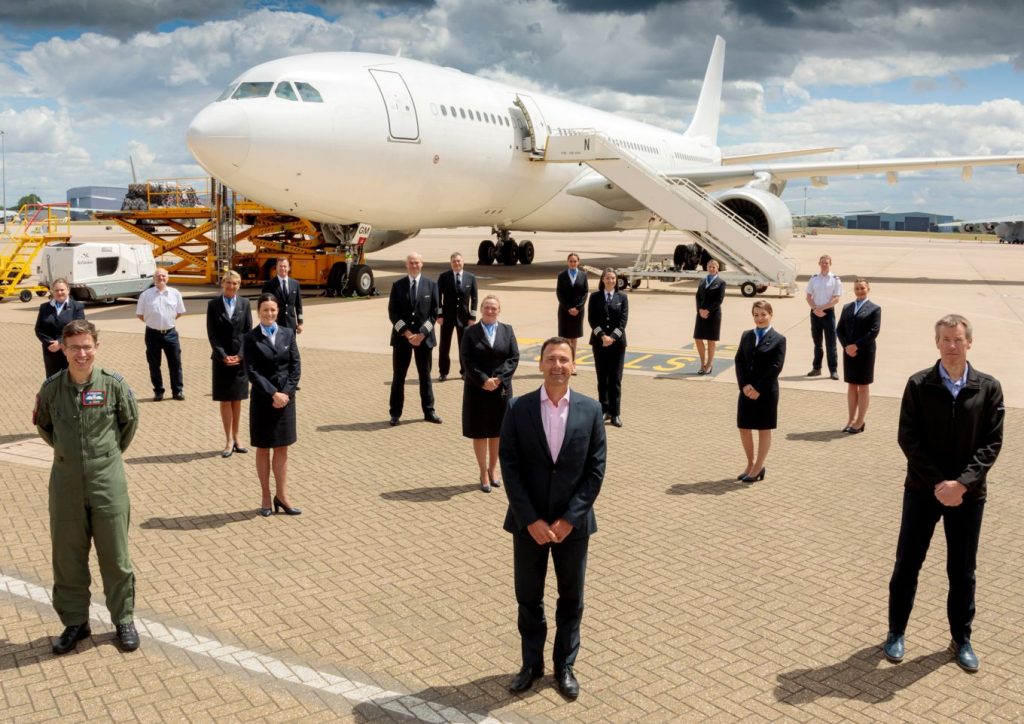 A new world record was set by the Voyager aircraft for the fastest ever flight between the UK and the Falkland Islands. The journey of 6834 nautical miles was completed in 15 hours and 9 minutes, breaking the previous record, which had been set in 1987 by an RAF VC-10 aircraft, by 36 minutes.

Flights between the UK and the Falkland Islands are nothing new, they operate twice a week from RAF Brize Norton, known as The South Atlantic Airbridge (SAA) and are the crucial link between Britain and overseas territory.

Normally the SAA flights stop off en-route to allow the aircraft to resupply, but this journey was the first direct flight between the UK and Falkland Islands in over 30 years. In response to the COVID-19 pandemic, the capability to fly direct to the Falkland Islands was developed to support the global effort to minimise the risks of the virus spreading, increase transport options and providing greater flexibility.

Captain of the flight, Dave Hall, a former VC10 Pilot and now a sponsored reservist Voyager Pilot for No. 10 Squadron was the first to be greeted from the aircraft as it touched down back at RAF Brize Norton today (Friday 5 June). Dave said: “As a former VC10 Pilot I was delighted to be part of an amazing team that has set a new record, flying direct to Falkland Islands. It’s an extremely poignant moment in history, the record has stood for over 30 years; I am extremely proud of what we have all achieved.”

This incredible achievement was truly a Whole Force effort. Full-time regulars, reservists, and civilian personnel all contributed to ensuring that the flight was achieved not only in record breaking time, but as safely as possible. The hard work and professionalism displayed by everyone, both in the UK and the Falkland Islands, was truly a credit to Defence.
Wing Commander Al Scott, Officer Commanding No. 10 Squadron, met the aircraft as it arrived at RAF Brize Norton: “AirTanker are a fundamental part of the whole Force that is epitomised by the RAF’s strategic AT and AAR capability. Fantastic to see a new fastest time to the Falkland Islands being set. I’m really pleased to have 10 Squadron reservist participation in the flight and our Squadron’s continued connection with that record.”

Well done from us all at Pathfinder International magazine.