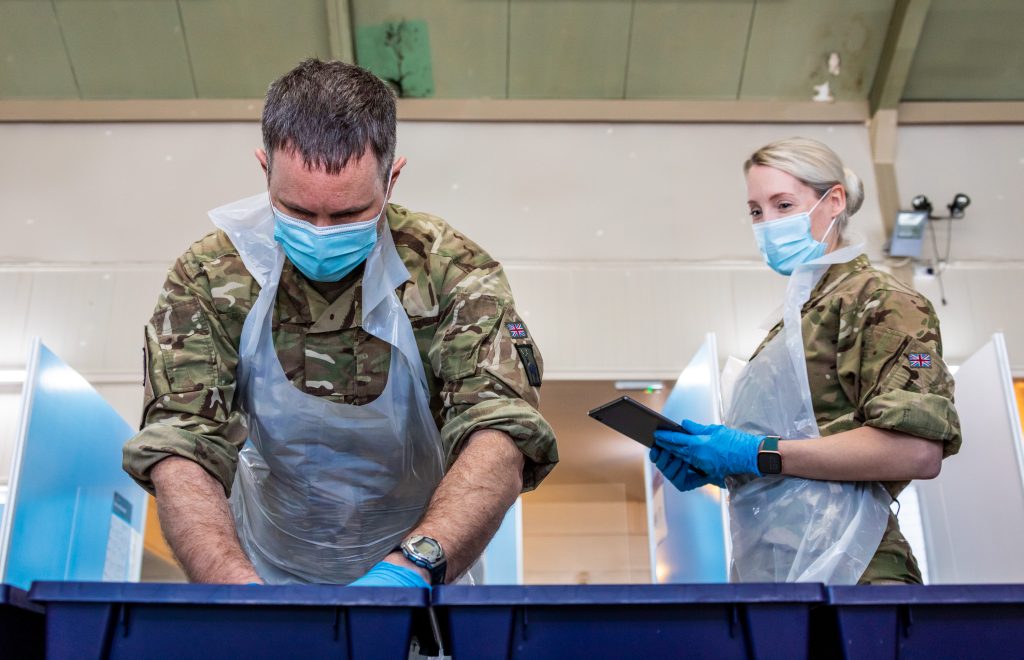 The Royal Air Force are providing COVID-19 Lateral Flow Testing for the community of Swadlincote in support of the local South Derbyshire County Council.

Approximately 130 personnel drawn from across the Royal Air Force under the auspices of Joint Military Command (East) are conducting the testing as part of Government efforts to fight the COVID-19 pandemic.

The RAF unit began testing initially at one centre in Grove Street established before Christmas on 21st December. Two further testing centres in Swadlincote were operational from 29th December providing the opportunity for the whole community to have a COVID-19 test without an appointment.

“It’s very important that we are here to support the people of South Derbyshire and the Council as they work through their plans to establish their own testing capability.”

“I am incredibly proud to be here, I think it’s a fantastic opportunity. This is one of the reasons why you join the military, which is to support, protect and help people in their time of need and this is just another classic example of how the military and the Royal Air Force responds to those requirements and that we are able to make such a difference to people, such as here in South Derbyshire. “

“During this national pandemic the ability of the Royal Air Force to respond rapidly and deploy large numbers of personnel to support communities such as here in South Derbyshire is critical to the role of defence in protecting the United Kingdom.”

The Lateral Flow Test involves a simple oral and nasal swab test and results are given within thirty minutes. Testing is available for anyone in the Swadlincote area over the age of 11 not displaying COVID-19 symptoms at three sites in the town: