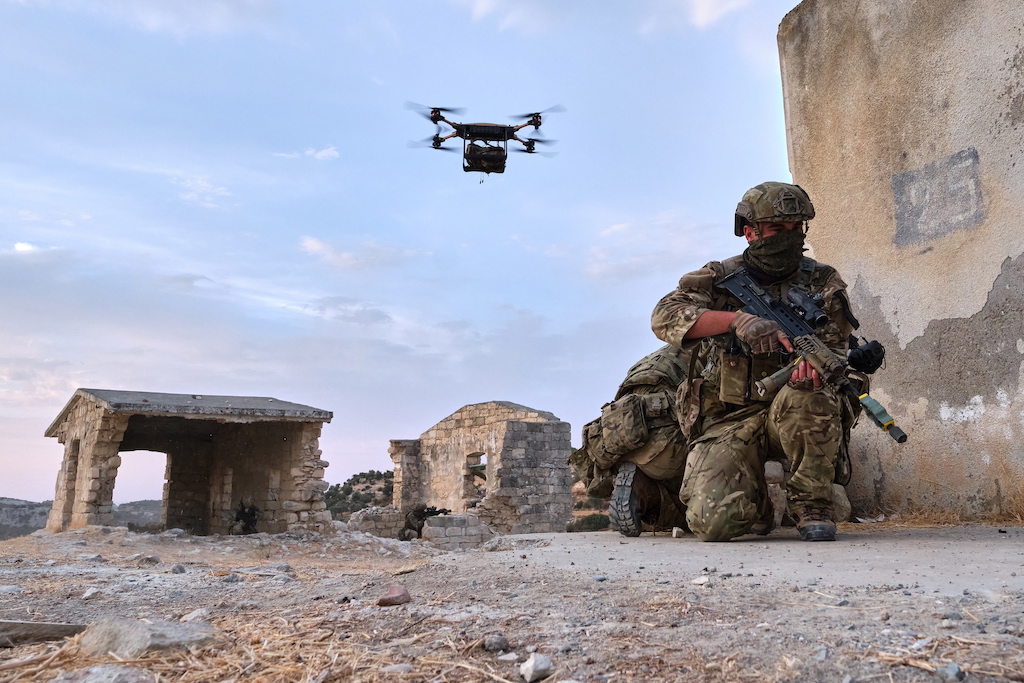 The UK’s Littoral Strike Group has demonstrated the Royal Navy’s readiness to defend against the most advanced and novel threats of today as part of their deployment to the Mediterranean.

Off the coast of Cyprus, the Royal Navy’s Littoral Strike Group has showcased the battlefield of tomorrow with trials of innovative and experimental equipment including drones, autonomous systems, quad bikes, jet skis and new communications systems.

The FCF is a bold modernisation project, which will overhaul how the Royal Marines operate in a 21st century context. Commando Forces will be used for Littoral Strike capability, which is the use of Commando Forces from a sea-base to attack targets or influence events in high risk, demanding or politically delicate areas. This will give the UK a more agile and lethal capability, ready for missions anywhere in the world at a moment’s notice, whether that’s for war-fighting, specific combat missions such as commando raids, or providing humanitarian assistance.

In Cyprus, commando teams experimented with Malloy T-150 quadcopter drones carrying resupplies weighing more than 60kg of ammunition, military jet ski-style vehicles that can secretly drop small teams and supplies ashore and state of the art communications technology providing live imagery to those on the ground.

“Royal Navy Flagship HMS Albion’s hosting of the Capability Demonstration in Cyprus has been a highlight of the LRG(X) deployment. The demonstration by our Sailors and Marines was superb, and showcased the quality of our Armed Forces, whilst providing an insight into how the Royal Navy is integrating future technology and new concepts.

“The event was also an important expression of the UK’s steadfast commitment to our allies and partners, as we work together to support regional stability within the Eastern Mediterranean.”

The LRGX deployment includes the headquarters and staff of Commodore Rob Pedre, the Commander Littoral Strike Group, flagship HMS Albion, destroyer HMS Dragon and amphibious support ship RFA Lyme Bay. Royal Marines on the deployment make up a FCF from the specialist raiding units of 47 Commando, Marines of 42 and 40 Commando and the intelligence experts of 30 Commando Information Group. Also deployed are Wildcat helicopters from the Commando Helicopter Force at RNAS Yeovilton.

Last month the force conducted a series of exercises along the North African shoreline, before joining NATO partners on the French-led exercise Dynamic Mariner, demonstrating the UK’s commitment to NATO’s southern and eastern flank.

The Strike Group has now moved on from Cyprus to Egypt, where Defence Minister James Heappey will visit the ship and crew, demonstrating the UK’s commitment to regional security and an opportunity to exercise with the Egyptian Armed Forces.

“The marines have had to swiftly learn how to use the new equipment and integrate it. That kit has included state of the art communications technology and autonomous resupply aircraft, totally transforming the battle space.”