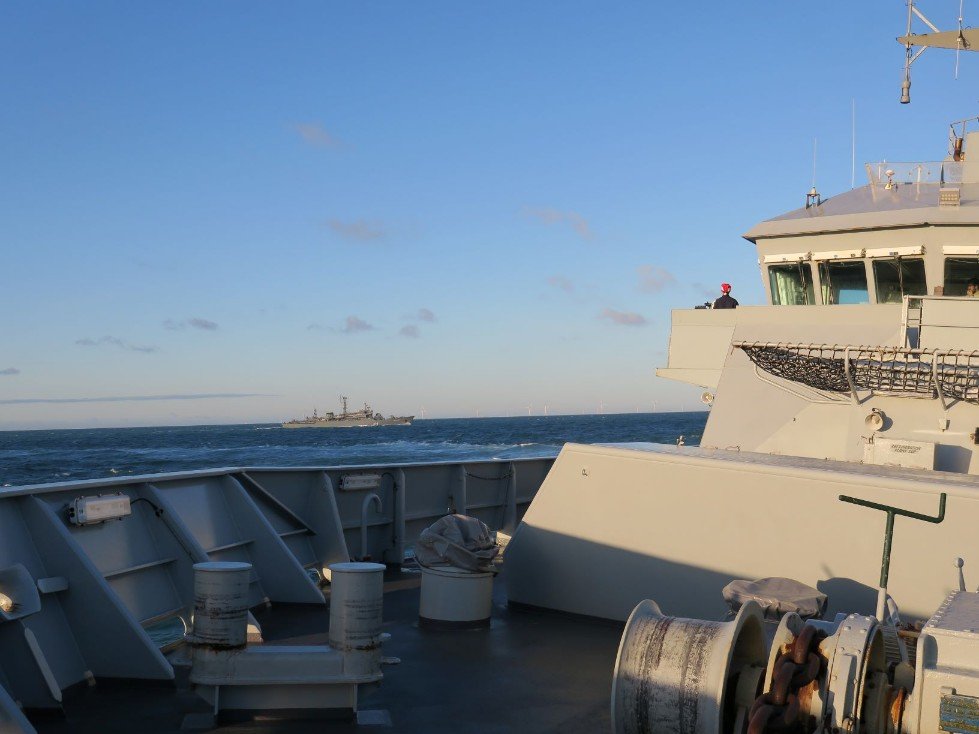 Defence Secretary Ben Wallace said: “I am grateful for the efforts of the crew of HMS Tyne, who have sailed on Christmas Eve, helping to safeguard or seas. This is yet another clear example of the tireless efforts of our Armed Forces, as they continue their tireless efforts to defend our country and our interests across the world.”

The Royal Navy ship returned alongside in Portsmouth on Boxing Day and remained ready for very short notice tasking over the rest of the holiday period.

Commander Jon Browett, HMS Tyne’s Commanding Officer, said: “Leaving our families at this time of year is especially difficult, but national security doesn’t stop for Christmas and as one of the duty units over the festive period we had bags packed and were ready to go.

“We had members of the ship’s company returning at short notice from all over the country and, hard as it is for those left at home, we are committed to keeping Britain safe all year round. Our families understand our role and undoubtedly make a tangible contribution to national security through their continued support.”

The ship’s company of HMS Tyne join thousands of sailors and Royal Marines on duty this Christmas – from the land of the Rising Sun to the frozen Arctic and grey Atlantic. More than 3,500 Royal Navy, Royal Fleet Auxiliary, Royal Marines and Fleet Air Arm personnel are either on duty or at short notice to respond to events at home and abroad over the festive period.