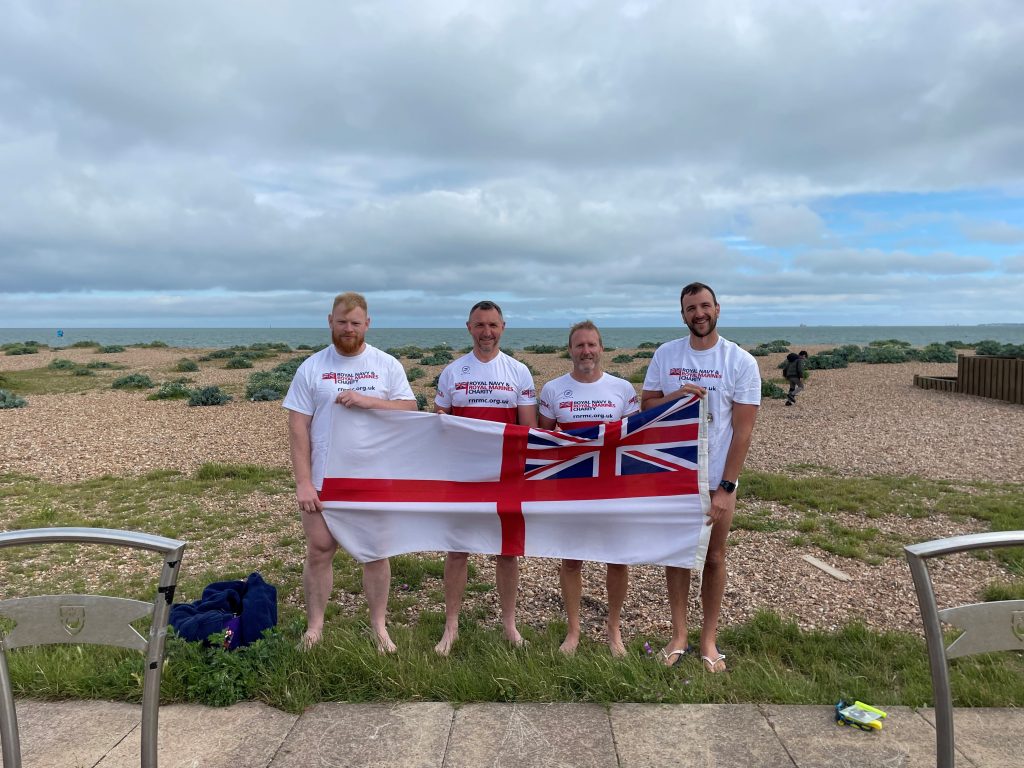 The team achieved an official Channel Swimming Association certification by adhering to the rules: speedos only, swim cap and goggles.  June is one of the colder months to attempt a channel swim (~14 degrees C).

The team of 4 swam as a non-stop relay, consisting of 1hour swimming, 3 hours resting, with Cdr Cragg setting off from Samphire Hoe, Dover at 0327 setting a cracking pace in the dark. After his hour of swimming, Captain Elton Sharkey took over at Sunrise before handing over to Lt Cdr Hugo Mitchell-Heggs and Lt Cdr Callum Fraser to each complete their first round of 1 hour shifts each.  The water temperature dropped as they ventured further into the channel, with constant wind and a stronger than expected current fighting each other and generating some choppy and unfavourable conditions that didn’t help keeping a steady pace.  Add  a few thousand Jelly fish and crossing one of the busiest shipping lanes in the world to really spice things up.

The team worked hard, and by their third hour shift each they had good sight of the French coast, but a strong easterly current coming from Cap Gris Nez point (their planned finishing spot in France) prevented them from touching distance of this peninsular… so close yet so far! Hugo and Callum both emptied the tank on their fourth shift to put Rich and Elton in a good position to break through the final stretch of choppy waves and a final push onto the Plage de Wissant,

17 hours and 11 minutes after leaving England and after a long and very hard day the team agreed the experience was worth every minute of the slog.  This team “Royal Navy Submariners” were one of 8 channel swim attempts setting off on the same morning; only 4 succeeded! 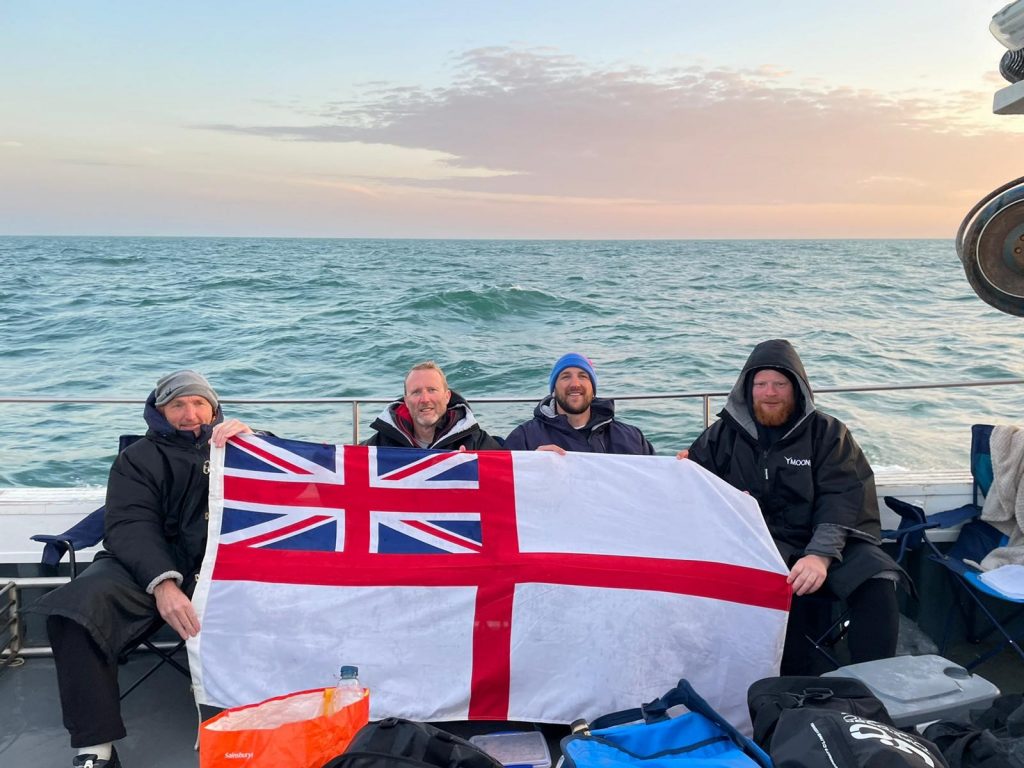 The team owe their success to their relentless teamwork and a robust process of self-care, helping each other out of the water between shifts, drying off, warming up and piling in the calories for their next hour long swim shift, 3 hours later.  They were also very much motivated by the hundreds of messages of support from family, friends, colleagues and a much wider community that support the Royal Navy.

The team have also successfully fundraised over £6,000 for the Royal Navy and Royal Marines Charity, where all funds raised will provide Mental Health and Wellbeing support to serving personnel, veterans and their families.

You can still donate at this link:  Elton Sharkey is fundraising for Royal Navy and Royal Marines Charity (justgiving.com)