The onset of December means it is that time of the year again when Pathfinder launches our annual festive campaign – Jingle Comms – once again, proudly in association with SSAFA – The Armed Forces Charity.

Jingle Comms sends messages of support to troops on duty over Christmas and can be sent in by anyone!

The messages are then included in the December issue of Pathfinder, which is distributed anywhere in the world where there is a UK military footprint – from UK barracks to UK Embassies – you name it and it goes there.

The messages also appear online on the Pathfinder website and social media platforms.

All you need to do is send in your message of support (either for an individual, a unit or generic) to Pathfinder editor, Mal Robinson at pathfinder@balticpublications.co.uk before December 3. (Images as part of messages also accepted). 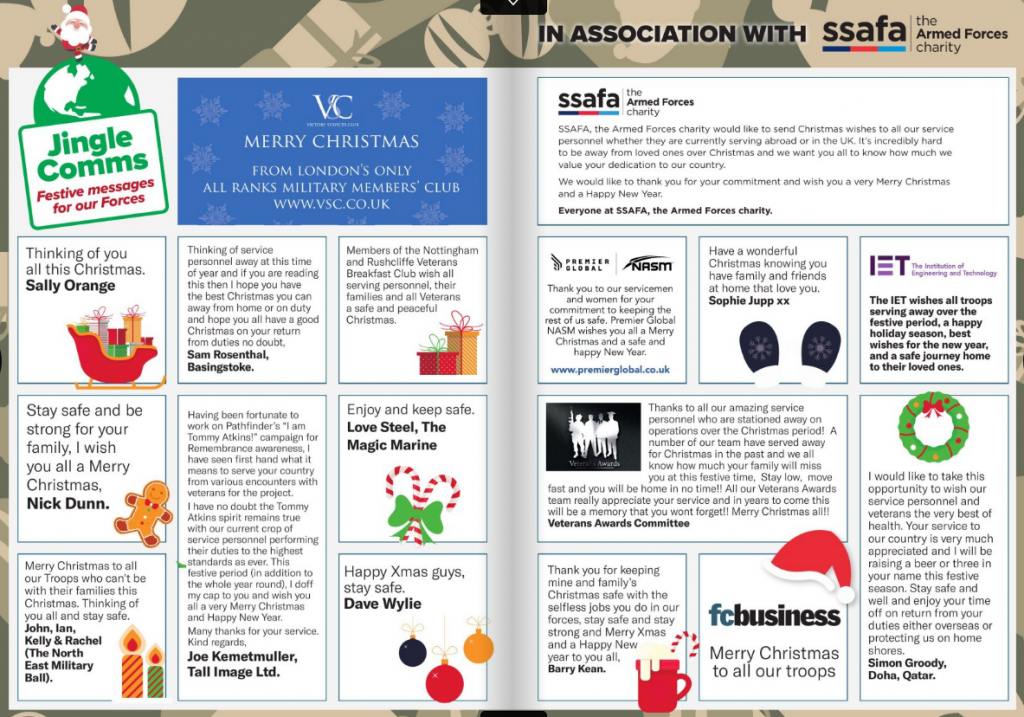