It was Geoffrey Chaucer who first put into writing the idea of “Better late than never”, and for Falklands Conflict veteran Ernie Malt (75), waiting 40 years for his South Atlantic Medal proves the adage right. 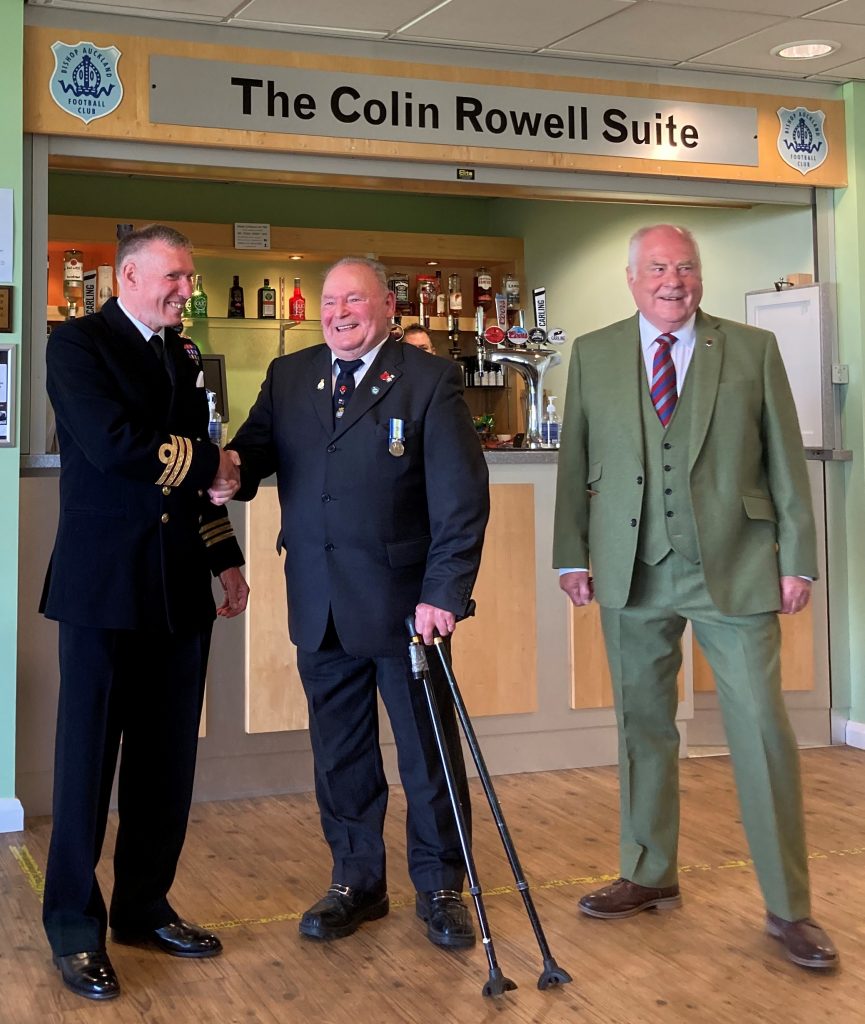 Guided by volunteers of South West Durham Division of SSAFA, the Armed Forces charity Ernie, a veteran of the Royal Fleet Auxiliary (RFA) who lives in Evenwood, made his application just in time to coincide with the fortieth anniversary of the conflict – and to have it presented to him at his local Veterans’ group St George’s Day luncheon.

Joining Ernie – who served in the South Atlantic as a Petty Officer Deck on RFA Fort Austin – and the other 40-odd guests at Bishop Auckland Football Club for the luncheon was Commander Ian Berry MBE RNR*, who is also one of the county’s Deputy Lieutenants.

While Cdr Berry would be a guest of honour at any time, he had a key role to play: presenting Ernie with the South Atlantic Medal.

Mike Donne, SSAFA Durham Branch President, said: “It took a little bit of subterfuge to keep from Ernie that Ian would be making the presentation, but I think it was a pleasant surprise and certainly appropriate that another sailor made the presentation – even if a little late!”

Ernie added: “I had a lovely meal with all the people there, but the icing on the cake really was Ian – whose son’s a serving officer with the RFA – presenting me with my South Atlantic Medal.

“It’s been a special day, and I have to thank Ian as well as all those at SSAFA who helped me put in my application for it, and although late, maybe it’s all the more poignant to receive it in the fortieth anniversary year of the conflict.”

SSAFA Durham is always looking for more volunteers for a range of roles, and invites anyone – whether they have Armed Forces experience or not, and whatever their age – to get in touch. To find out how you can volunteer to support veterans, serving personnel, and their families, visit ssafa.org.uk./durham