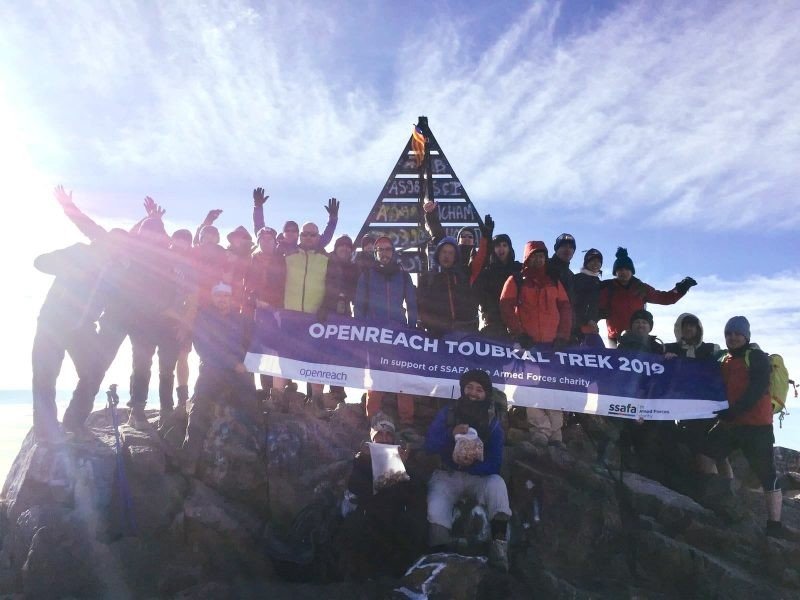 Last month, 18 Openreach employees from across the country trekked to the highest peak in North Africa, Mount Toubkal, raising £45,496.73 for SSAFA, the Armed Forces Charity…

The trek commenced on Thursday 19th September and the fundraisers began their ascent on Mount Toubkal, which stands at 4,167m, on Friday 20th September. The trekkers reached the summit at 08.00am on Saturday morning, before returning to Marrakech to enjoy a day of rest before flying home.

This is the third overseas trek organised by SSAFA and Openreach, with their first trek in 2017 to Iceland and second to Nepal in 2018. Overall the treks have raised £135,000.

James Grant, Head of Corporate Fundraising & Events at SSAFA said: “We are extremely grateful to the Openreach team for their outstanding efforts in support of SSAFA, the Armed Forces charity.

“They did a superb job in completing such a physical challenge but also in raising such a significant amount towards the operation of our crucial Forcesline helpline. Congratulations and our sincere thanks go to all concerned.”