The shortlisted nominations have been selected for the Armed Forces Community Lockdown Awards in association with Hugh James.

Following a deluge of nominations 26 people, charities, units, or companies have been identified and whittled down for the judging panel to decide an overall winner in each category.

The shortlisted nominations are as follows:

Most Outstanding Service Personnel in Lockdown (Individual) in association with CAPSLOCK

Most Outstanding Veteran in Lockdown in association with Hugh James

Pathfinder International editor, Mal Robinson said, “we have literally been overwhelmed with the amount of nominations sent in by both the military community and the general public. The standard of nominations was exceedingly high and the team at Pathfinder have spent weeks ensuring each nomination was read and awarded on merit.

I’d like to thank everyone for taking the time to send in their nominations. We now look forward to hearing the judging panel’s verdict for the overall winners.”

Pathfinder International will be contacting shortlisted winners in due course. 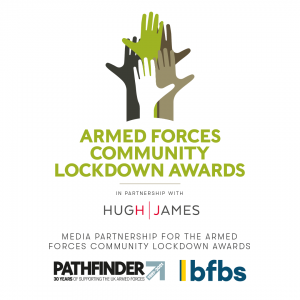