The Poachers Return To Their Lincoln Heartland 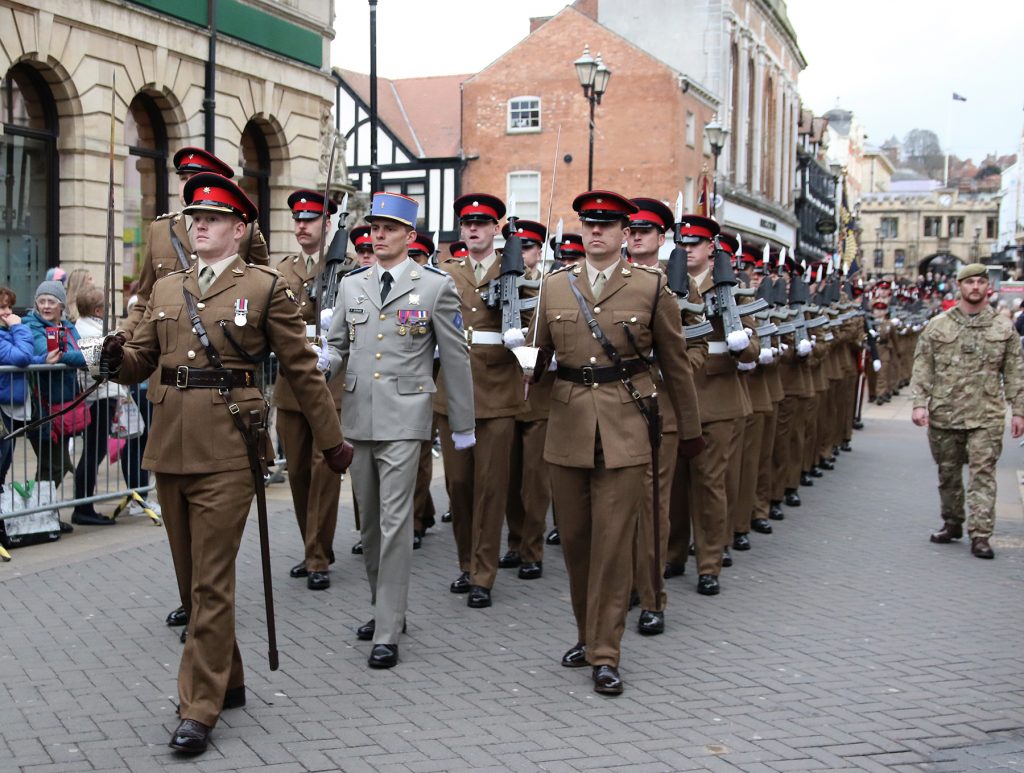 About three hundred and fifty soldiers from 2nd Battalion The Royal Anglian Regiment paraded through the city of Lincoln on Friday 4th February 2022 to mark their return home from deployments around the world. In the past 12 months the Battalion, known as The Poachers, have completed two six-month UN peacekeeping tours to Mali in West Africa as part of Operation (Op) NEWCOMBE. The first deployment was in December 2020 and included over 70 soldiers from B (Leicestershire) Company. They were followed by over 130 soldiers from A (Lincolnshire) Company and the Battalions Headquarters on a second deployment in May 2021. The Task Force was supported by specialist trades from across the Armed Forces including medical and Explosive Ordnance Disposal soldiers who will also be represented on the parade. A further forty soldiers deployed on Op TORAL in Afghanistan in late 2020, and a further one hundred soldiers deployed to Poland on Op CABRIT in March 2021.