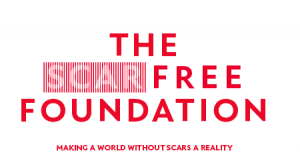 Medical research charity, The Scar Free Foundation, announced its key research priorities to achieve scar free healing within a generation for survivors of conflict wounds. The research priorities encompass three main themes: acute wound care and diagnosis; the biology of scarring; and life-long scar impact, revision and rehabilitation. The Foundation is also launching a call for applications to conduct pilot studies which address these vital areas.

As part of The Foundation’s grant from the Chancellor using LIBOR funds to establish The Scar Free Foundation Centre for Conflict Wound Research, the world’s first specialist military and civilian conflict wound research centre, an initial £150,000 is available to support pilot or feasibility studies, which have the potential to be developed into larger-scale research programmes with higher awards from the Foundation and other funders.

Scarring can have a significant long-term physical and psychological impact on survivors of conflict. More than 6,000 members of the British armed forces have been seriously injured or scarred in recent conflicts*. It is anticipated that future conflicts will be conducted in unpredictable, potentially austere and heavily contested spaces and are expected to involve more lengthy evacuations than those experienced in Iraq and Afghanistan. In addition to gun shot and blast injuries seen in combat, it is likely that the emergence of new weapons, such as thermobaric weapons, will result in far more burns casualties.