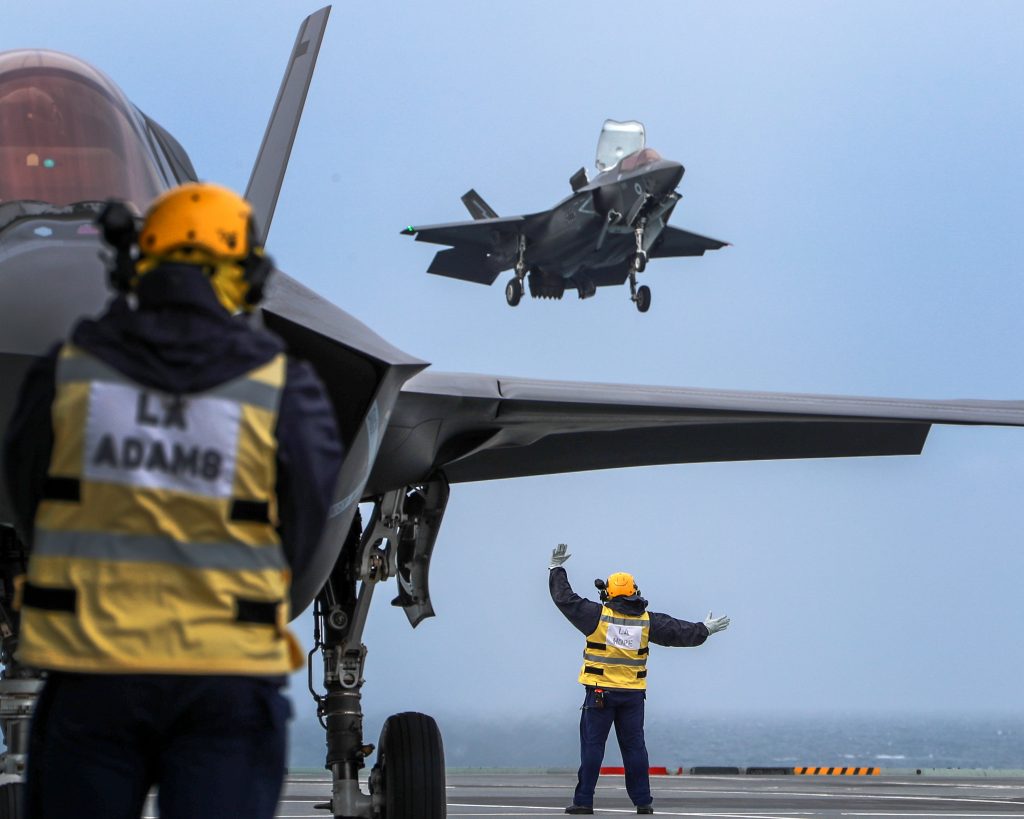 The decks of HMS Queen Elizabeth are roaring with the sound of F-35 Lightning jets as the famous Dambusters squadron landed on the aircraft carrier for the first time today.

Pilots, engineers, cyberspace and mission support staff from 617 Squadron, the UK’s operational strike squadron, embarked the carrier over the weekend during a quick stop in Portsmouth for supplies before the aircraft themselves landed on board this afternoon.

It marks the first time 617 Squadron – famously known as the Dambusters – has fully joined HMS Queen Elizabeth as the UK prepares to deploy the next generation squadron of fighter aircraft to operate from the sea.

The F-35 jets that landed on board today will be the same aircraft that will sail next year with the ship for her maiden Global Carrier Strike Group 21 deployment.