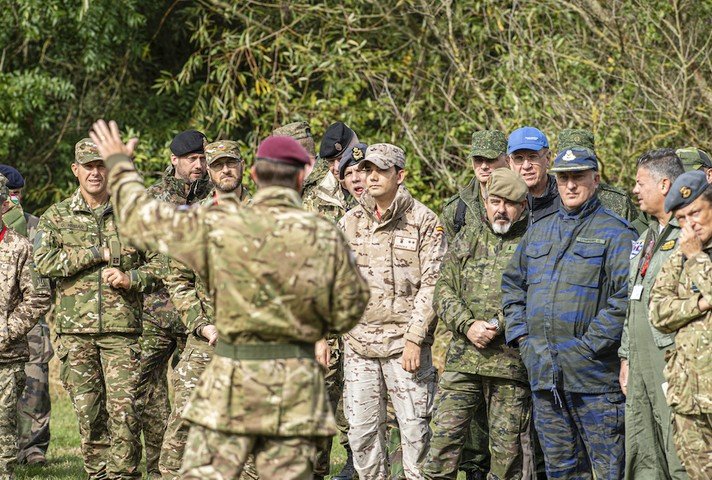 Representatives – from participating states of the Organisation for Security and Co-operation in Europe (OSCE) – have been to 16 Air Assault Brigade in Colchester and RAF Marham in in Norfolk. The programme also included a day at RAF Lakenheath, hosted by the USA.

The visitors, largely arms control experts, were given the opportunity to see front line units operating the latest equipment and platforms including air assault demonstrations and the F35 Lightning. The visit was intended to promote mutual trust and transparency, and allow participating states to verify that there are no undeclared military capabilities or activities of concern.

Defence Minister Baroness Goldie said: “We can reduce the risk of mistakes and strengthen Euro-Atlantic security by increasing military transparency. In so doing we reinforce the European security order which has benefited the UK for decades. The UK is unequivocally committed to the rules based international system and that of course means always meeting our international obligations – whether it is hosting or visiting other countries.”

OSCE participating states are obliged to accept a number of visits and inspections by other members each year: the UK regularly conducts its own visits to military sites of fellow member states. The OSCE is the world’s largest regional security organisation and which includes the entirety of Europe, Russia, and North America. Representatives from the Joint Arms Control Implementation Group escorted the visitors throughout their time in the UK.