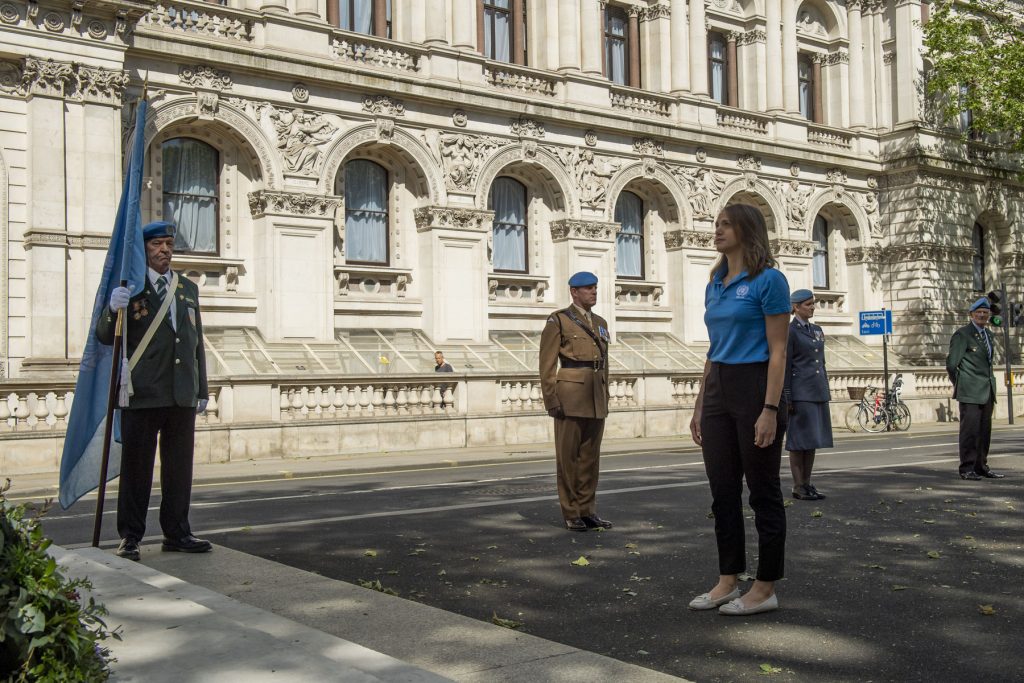 Armed Forces personnel laid wreaths at the Cenotaph this week in tribute to 106 British peacekeepers who gave their lives while serving on peacekeeping missions around the world. Friday 29 May was International UN Peacekeeping Day, a chance to commemorate the work of peacekeepers serving on United Nations missions. The annual event recognises the critical role peacekeepers play in containing and reducing conflict and preventing or deterring attacks on civilians.

The UK Armed Forces currently have around 300 British military personnel serving on seven missions around the world, including in Cyprus and Sub-Saharan Africa. The troops carry out a range of tasks including providing medical support to local communities, teaching vulnerable women self-defence, and training civilian peacekeepers.

“On UN International Peacekeepers Day, we remember the extraordinary contribution of the UK Armed Forces in support of UN Peacekeeping missions, especially those 106 British personnel who have not returned.

“The United Nations remains an important part of the rules based international order and the UK Armed Forces is proud to play a part in delivering those missions around the world.”

The theme of the 17th International UN Peacekeeping Day, celebrated on 29 May 2020, is Women in Peacekeeping. Women peacekeepers can reach populations and places that are closed to their male counterparts, improving our understanding about security risks such as sexual and gender-based violence.

International UN Peacekeeping Day also commemorates peacekeepers who have made the ultimate sacrifice and lost their lives on peacekeeping missions. Wg Cdr Catherine Davison from the RAF and Lt Col Steven Neville of the Army’s Royal Engineers laid wreaths at a small ceremony at the Cenotaph this week to commemorate their service.

A wreath was also laid at the ceremony by Tim Landy, Chairman of the UN Veterans’ Association (UNVA), and the UN flag was carried by John Culbert also of the UNVA. The UNVA comprises veterans who deployed on peacekeeping operations while serving as part of or with British or Irish forces, or in police or civilian roles. Its members have been deployed in many UN operations, dating back to 1961.