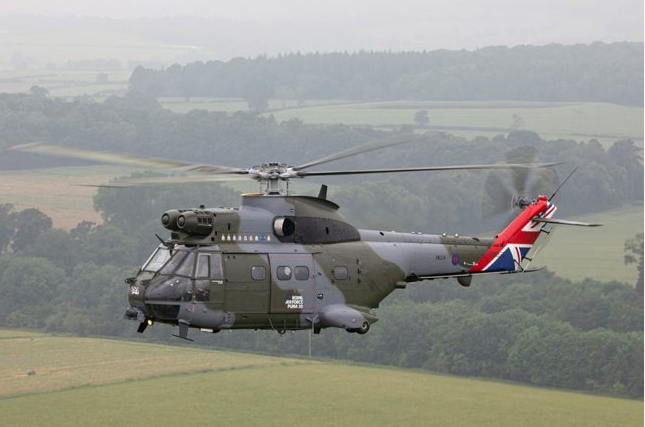 As part of the Puma 50th anniversary celebrations and commemorations, Puma HC Mk 2 XW224 has been re-painted in a unique paint scheme.

The aircraft scheme is similar to that which the first aircraft were painted when they were delivered in 1971 but with several notable differences.

The engine housing boasts the badges of all squadrons who have flown the Puma, both as a HC Mk 1 and a HC Mk 2.

The tail fin is also emblazoned with the union flag. On the cabin door, the standard Royal Air Force logo has been replaced with the bespoke Puma 50 logo and the cockpit door is annotated with the name of the first Squadron Commander who brought the aircraft into operational service.