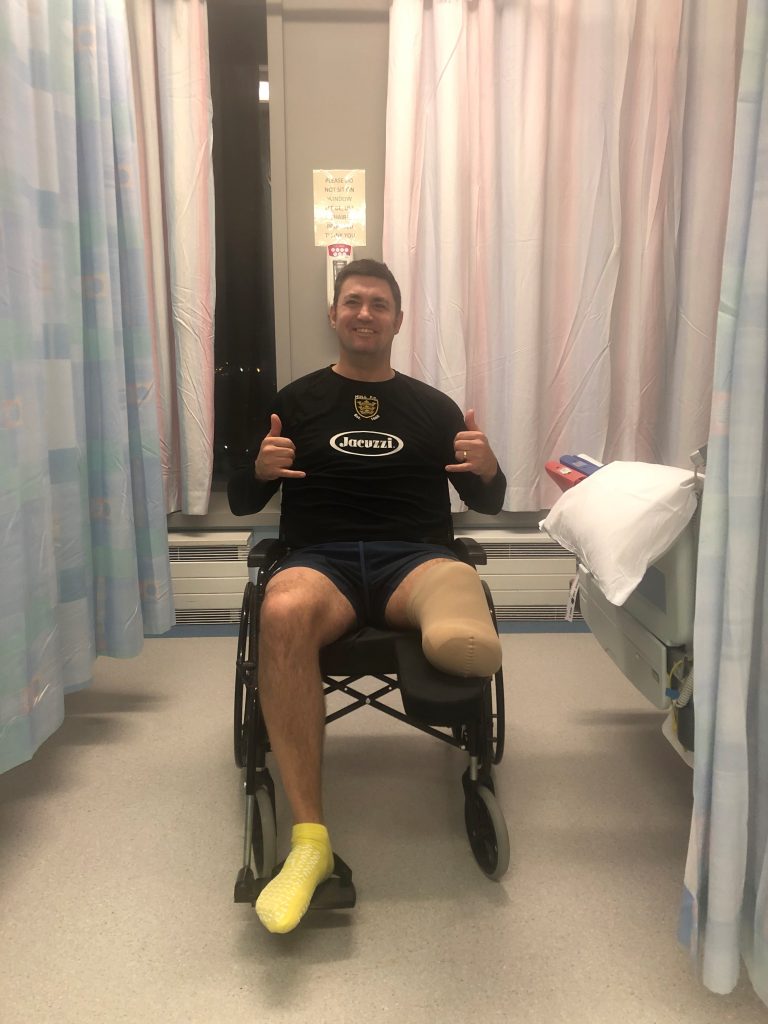 A veteran will be taking on the 3 Peaks Challenge with the aim to raise £13,000 for charity just 9 months after becoming an amputee.

Jon Hilton, from Hull, will be taking on the 3 Peaks Challenge between August 17-19 in aid of charities, including SSAFA, the Armed Forces charity.

The 3 Peaks Challenge takes on the three highest peaks in the United Kingdom – Ben Nevis, Scafell Pike and Mount Snowdon. Jon will be completing the challenge just 9 months after having his leg amputated in November 2020 to raise £13,000 for charity.

Jon served for 15 years with the British Army, Royal Engineers where he travelled all over the world. When he left the Army in 2009, he required knee surgery. The surgery led to 11 years of suffering due to damage caused by a blood clot (DVT) in his leg.

Jon said: “I made the decision to have my left leg amputated below the knee to remove the already damaged tissue and vascular system. On December 12 2020 I fell on my stump causing huge damage to blood vessels, bones and tissues. This resulted in another operation to shorten my stump. I came out of hospital on 20 December and was diagnosed with Covid-19 on Christmas day 2020.”

“My body had no energy to carry out any form of rehabilitation until January 2021. On January 15 2021 I had my prosthetic leg made and started my journey to learn to walk again.”

“Having the challenge of learning to walk again in lockdown has been what has kept me going. I want to raise as much money as I can for the charities that have helped me through my hardest times, but also raise awareness for amputees that this is not the end, and you can set new goals and challenges.”

Jon will be raising money not only for SSAFA but also Blesma, The Limbless Veterans, Royal Bilton British Legion Hull and Hull4Heroes. The £13,000 Jon hopes to raise, will be split equally between these charities.

Jon Hilton said: “Just 5 months after my leg was amputated below the knee, I completed my first unaided 5k and raised an amazing amount.  Your help in beating last year’s funds is hugely appreciated by the charities but personally it means so much and is the reason I will ensure I achieve this goal, which to some is small but to me is huge.”

Jon has raised an over £3,000 of the £13,000 target. Please donate here and support: https://www.justgiving.com/crowdfunding/jon-hilton13