The RAF Voyager “Vespina” has completed its refurbishment to provide a secure, cost-effective and suitably profiled transport for Government Ministers and the Royal Family. The aircraft now proudly displays the Union Flag alongside RAF markings and is ready to represent the UK across the globe.
The smart new paint scheme will promote the UK around the world while transporting Ministers, senior members of the Royal Family and their delegations on trade, diplomatic and other missions.
After weeks of work, the Voyager returned to RAF Brize Norton where it will operate alongside the rest of the RAF Voyager fleet. Alongside its VIP Role, the aircraft remains certified for its original use, including Air-to-Air Refuelling and personnel transport. It can fly from and to almost any airport across the world that can take an Airbus A330, and its range allows it to reach much of the world without costly and time-consuming refuelling.
Air Commodore Simon Edwards, the Senior Responsible officer for the project said:

“This project was a privilege to have been involved in and I am delighted to have seen it delivered so quickly and efficiently, together with our industry partners. The aircraft’s new paint scheme will better reflect its prestige role which we are proud to undertake.” 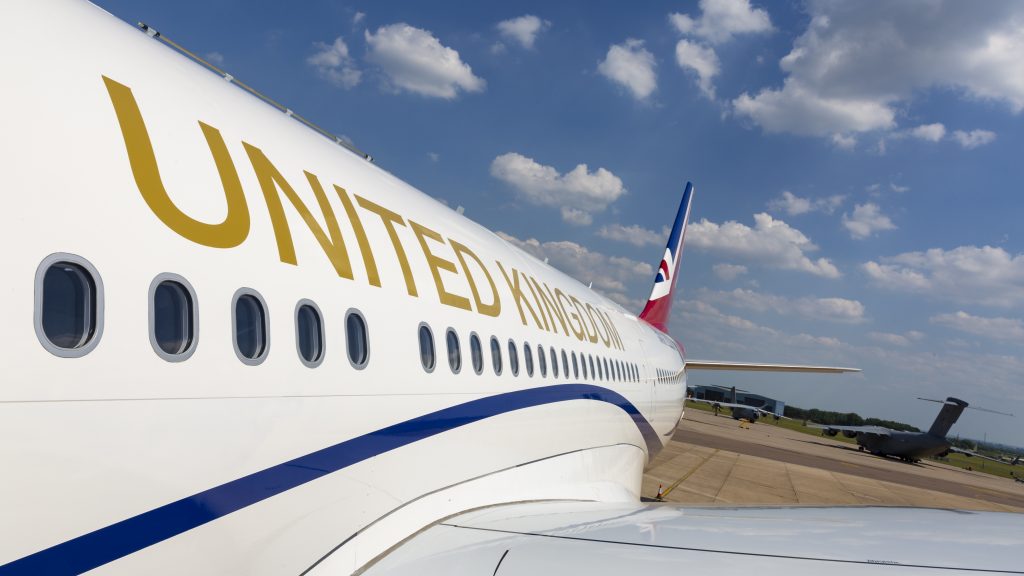 The aircraft, known as Vespina and also often referred to as ‘ZZ336’ which is its military registration number, was previously visually indistinguishable from the rest of the Operational Voyager Fleet. This external paint scheme will better reflect its VIP mission and contribution to ‘Global Britain’. The paintwork concludes a refurbishment stemming from the 2015 SDSR.
The Project first created and agreed an outline design before being modified to account for commercial, legal, operational and design needs. This process was not only about the visual design, this was a complex engineering project requiring detailed drawings which were developed by AIRBUS. Marshall Aerospace and Defence Group were then chosen to deliver the project on time and within budget. 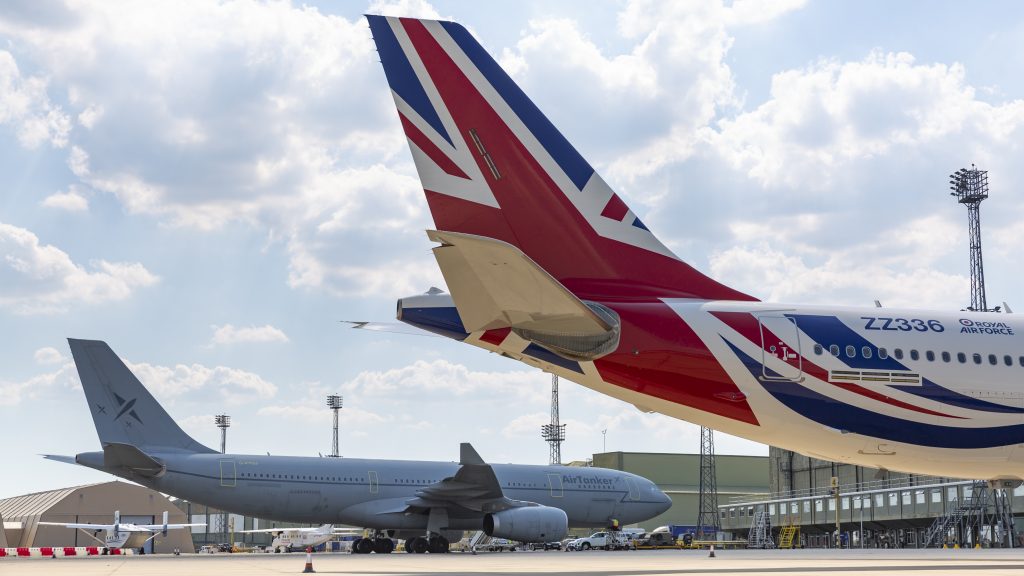 The flag representation design is correct in all respects and carefully follows the correct protocol for displaying the Union Flag on an aircraft. The convention is for the flag design to appear as though it is flying from a flag placed on the nose of the aircraft, as it travels through the air. When viewing the starboard side (right hand side), this can give the mistaken impression that the design is backwards, or upside down, when in fact the observer is simply viewing the reverse side of the flag. A keen eye will notice that this convention has been consistently applied on all flags represented on the aircraft, including on the Union Flags on the two forward-most aircraft doors. This protocol is not unique to the UK, a simple on-line search for images of the United States’ Air Force One starboard side will show that an identical convention has been followed.