Win-Win At Worthy Down 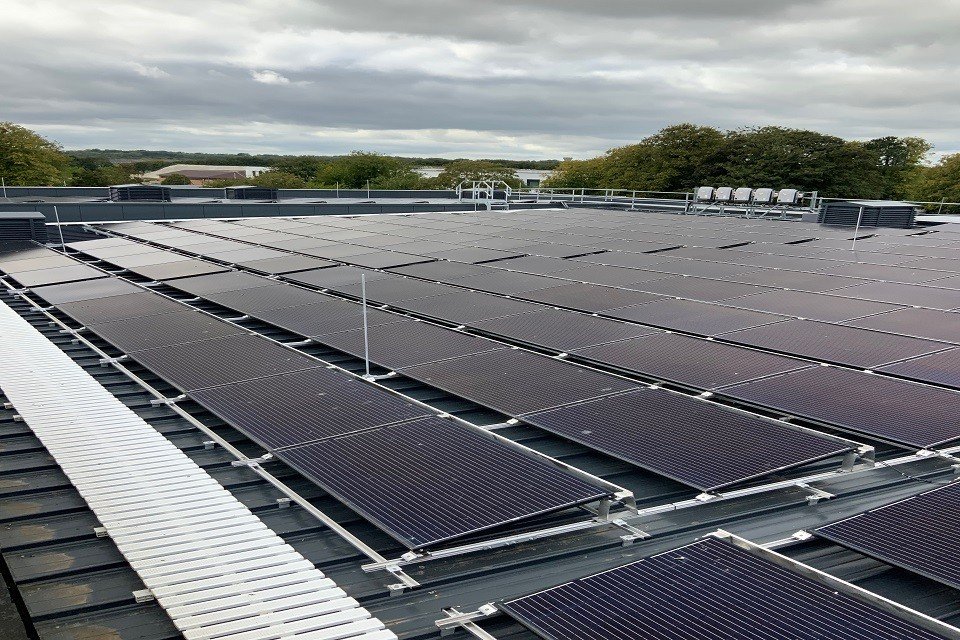 Solar panels are helping the environment and saving money at the Defence College of Logistics, Policing and Administration at Worthy Down…

The panels have been installed as part of work being delivered by the Defence Infrastructure Organisation in partnership with Skanska and AECOM. A total of 1,625 photovoltaic roof panels have been erected on four new buildings on the site of the new £300-million tri-service facility.

The panels, which will produce 413,307kWh/year of electricity annually, will save the base almost £58,000 per year. This saving is equivalent to powering 133 domestic properties for a year. Prior to the installation of the panels, the base did not have the capability for on-site electricity generation, so this is an exciting new addition.

The photovoltaic panels will not only deliver considerable savings to the Ministry of Defence, but also help preserve the planet’s resources, so it’s a win-win situation.

The completion of the new facilities will see personnel from the Royal Navy, Army and Royal Air Force all training at the site. Having all 3 services training at 1 site allows for the sharing of resources, technology and learning.

The work at Worthy Down is one part of a two-part scheme which forms Project Wellesley. The second part of the project is the development of a new community called Mindenhurst at the former Princess Royal Barracks in Deepcut, Surrey. The project supports the MOD’s continuing rationalisation of its estate.