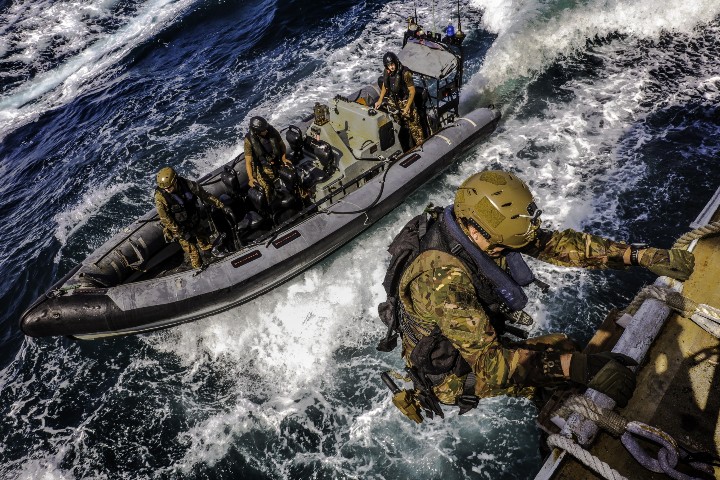 From submarine operations in the icy wastes of the North Pole to emotional homecoming scenes on windswept jetties, photographers capture all aspects of life in the Naval Service…

Now the skilled photojournalists have been recognised for their perfect pictures in the Royal Navy’s annual photographic competition – the Peregrine Trophy Awards.

Royal Navy photographers are charged with telling the stories of sailors and Royal Marines around the world through still imagery and video, taking them on deployments with warships and commando units wherever they may go.

In the past year their imagery and video has covered everything including submarine operations in the North Pole, flight deck operations on board HMS Queen Elizabeth, joyful homecomings and Royal Marines commando exercises in hot climates.

Warrant Officer Class 1 Nathan Dua, the Royal Navy’s most senior photographer, said: “As technology and photographic practices get better every year, the quality and commitment of our talented photographers improves as well.

“I am always blown away by the standard of imagery achieved by the men and women of the Royal Navy’s photographic branch, and this year is no exception. I am proud of every entry in this year’s photographic competition.”