A Tough Race To Be The Pace Sticking Best 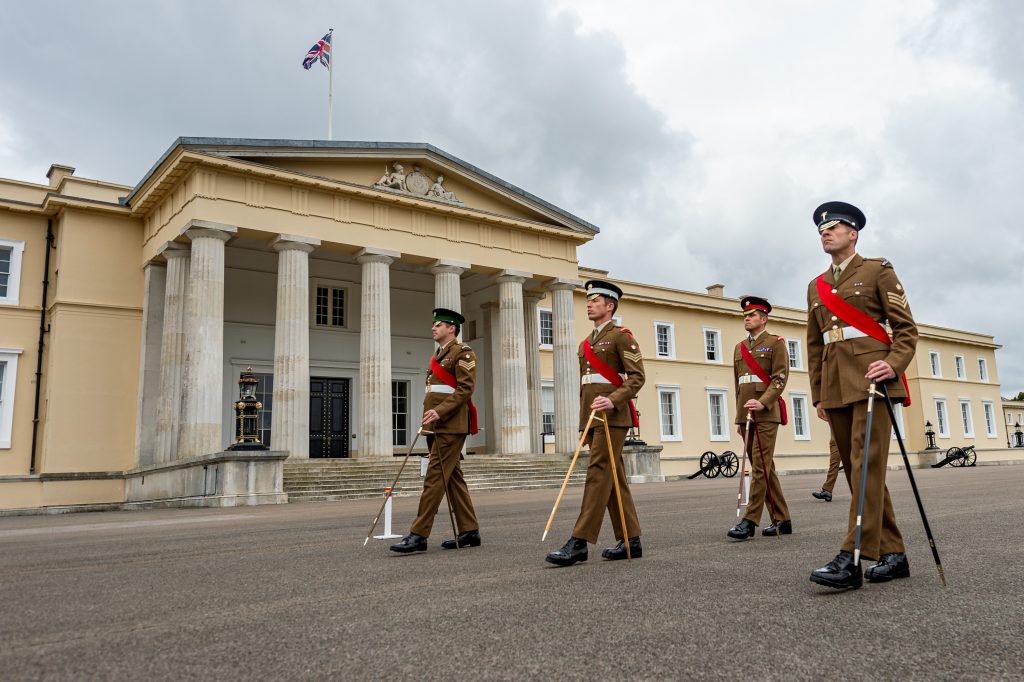 The Royal Military Academy Sandhurst (RMAS) has hosted its annual Pace Sticking Competition which took place on Tuesday 13th October. This year was very different from the norm; with COVID-19 causing travel restrictions for international teams and strict government guidelines to be adhered to on social distancing, the All Arms International Pace Sticking was put on hold and instead substituted with The Tri-Service Pace Sticking competition, a first at RMAS.
The situation was not set to dampen the day or competitors’ spirits, after all awards for the Best Pace Sticking Team, Best International Team, Best Individual Pace Sticker and Best Driver were still up for grabs. Whilst there was some disappointment in camp that some members of the international teams were unable to attend and fight to keep their titles, last year’s international team winners – Pakistan were able to meet the requirements in order to enter the event. Making the event even more unique was the rivalry between Services and of course the appearance by the Old and Bold with our Chelsea Pensioners.
There were eight teams in total who took part, these included the Grenadier Guards, the Royal Air Force, The Queen’s Colour Squadron, several RMAS teams from across the Academy including an Officers’ team and a team from the Royal Hospital Chelsea. In-Pensioner Dave Coote, the team’s Driver said, “It’s great to be back and leading the team, I last took part in pace sticking in 1977 as a RMAS Colour Sergeant. Marching on the Drill Square has bought all of the good times flooding back to me.” 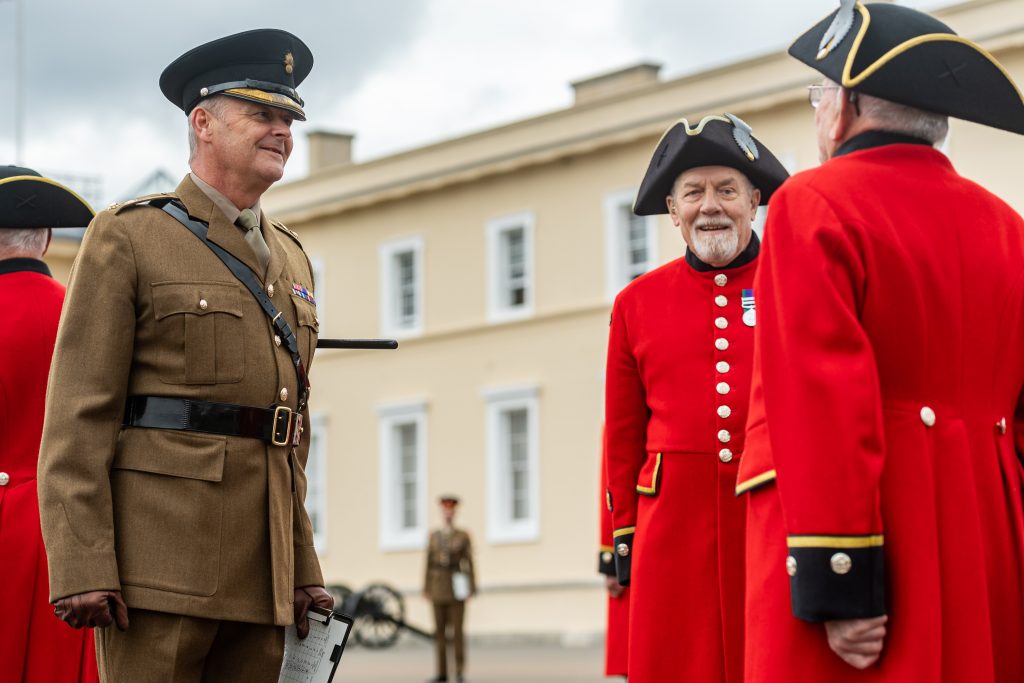 Lieutenant Colonel England was escorted by Chelsea Pensioner Dave Coote for their teams inspection. Dave Coote was a Colour Sergeant at Sandhurst in 1977.