The Queen, Accompanied By The Duke Of Cambridge, Opens Dstl’s New Counter-Terrorism Facility 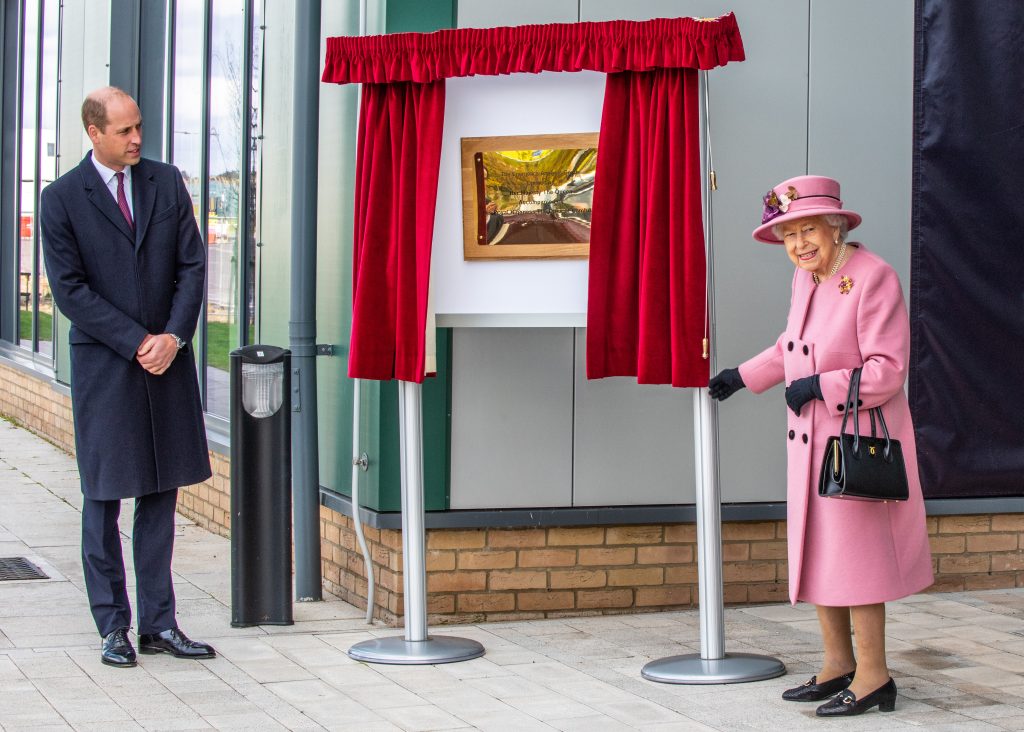 The UKs Defence Science and Technology Laboratory (Dstl) has been given a rare Royal visit during the Covid-19 pandemic to showcase the science inside defence and security when Her Majesty The Queen, accompanied by The Duke of Cambridge visited its site near Salisbury.

The UK’s Defence Science and Technology Laboratory (Dstl) has been given a rare Royal visit during the Covid-19 pandemic to showcase the science inside defence and security when Her Majesty The Queen, accompanied by The Duke of Cambridge visited its site near Salisbury.

The Queen and The Duke officially opened Dstl’s new £30M Energetics Analysis Centre. They also met staff who have been providing specialist scientific advice and support to the COVID-19 pandemic and those involved in providing a rapid operational response to the Novichok incident in 2018.

The Energetics Analysis Centre is a state-of-the-art building from which hundreds of scientists conduct world-class research and analysis to give the UK military and security advantage, protecting against terrorist and criminal threats. The expert team’s impact extends across Government, reaching the Ministry of Defence, Home Office, Department for Transport and other agencies.

Hosted by Dstl’s Chief Executive, Gary Aitkenhead, The Queen and The Duke viewed interactive displays and met a number of scientists at a social distance who explained how Dstl’s science and technology keeps the public safe by detecting explosives, helping to identify terrorist networks and analysing vital forensic evidence to help bring those involved in terrorism to justice.

Mr Aitkenhead said: “There is no greater accolade than to have The Queen and The Duke of Cambridge open this extraordinary building, particular during a global pandemic. This is testament to Dstl and our people as a proven national asset, not just in forensic science and explosives detection, but across a wide range of scientific fields, including artificial intelligence, cyber and quantum and in doing so providing an advantage to our military and security services. It’s great for us to showcase our work, which benefits us all in the UK, and to be recognised in this way is a great honour.”

A highlight of the visit was a simulation of a forensic explosives investigation by scientists from the Forensic Explosives Laboratory (FEL), which is one of several world-leading capabilities found in the Energetics Analysis Centre. FEL provides evidence and expert witness statements to support the British Criminal Justice System on explosives-related cases. This support has been crucial in providing evidence to the courts for numerous terrorist cases including the attacks at Manchester Arena and Parsons Green.

Other elements of the visit included meeting police search dog Max, who is trained using Dstl’s state-of-the-art canine explosives training aids. The Queen and The Duke also saw Dstl’s Linear Accelerator (Linac), an incredibly powerful X-ray machine used for inspecting weapons and munitions. It is the only one of its kind in the UK for use on items containing explosives. The Linac allows the engineers and scientists to see inside explosive objects without disturbing them or taking them apart. It can produce an image through 250mm of steel, with a level of detail smaller than the thickness of a human hair.

During the visit, The Queen and The Duke made a special presentation of the Firmin Sword of Peace to the Army’s Headquarters South West in recognition of its exceptional contribution in support of the city of Salisbury and its communities following the Novichok nerve agent attack in March 2018.

The Headquarters was appointed as the Joint Military Command headquarters responsible for the Defence contribution to the decontamination of multiple sites across the city during the twelve-month operation. During this time they worked exceptionally closely with the Dstl scientists whose scientific expertise was pivotal to the success of the decontamination operation.

Colonel Mike Duff, the Deputy Joint Military Commander for the decontamination operation, who received the Sword on behalf of the headquarters said:

“It is a huge honour to receive the Firmin Sword of Peace in recognition of the work done by Headquarters South West. This was a true team effort that would not have been possible without contributions from across Defence, including Dstl, and the local authorities.”