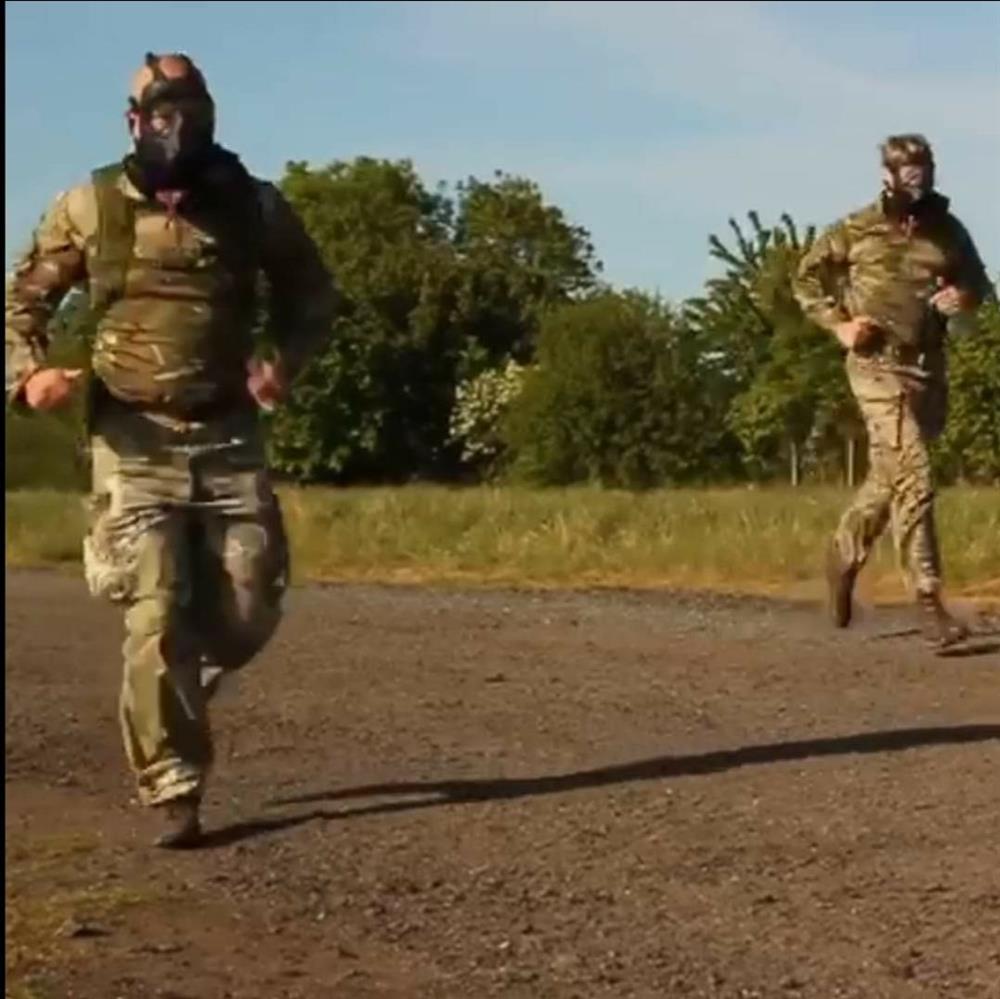 Three Gloucestershire soldiers are planning monthly fundraising events in GSR (British Army issued gas masks) in aid of SSAFA, the Armed Forces charity. The monthly fundraising challenges will finish in February 2021 with a 100-mile best effort run. The team will carry names and photos of service men and women who have died since SSAFA’s formation.

The trio has already completed a marathon for SSAFA and has a ‘Fan Dance’ (a 16-mile route over Pen Y Fan) planned for October 22nd, a run for 11 hours and 11 minutes on Remembrance Day, a 12 hour super market cycle in December, then another warm up fundraising challenge in January. Their final challenge will be a 100 mile run on the Cotswolds Way in February where they hope to set a new world record and raise money for SSAFA in the process.

SSAFA, the Armed Forces charity has been providing lifelong support to our Forces and their families since 1885. In 2019, SSAFA’s teams of volunteers and employees helped more than 85,000 people in need. SSAFA are here for the currently serving (both regulars and reserves), veterans and their families.

Tommy Whitehead, SSAFA Fundraiser and Gloucestershire Soldier said: ‘SSAFA helps support the Armed Forces community through thick and thin. They are not just there for the Serving but also support those who have Served and their families. As Serving members of the Armed Forces community ourselves, we want to help support SSAFA through the tough times that charities are facing due to Covid-19 and ensure the support is still there for those who need it.’

These serving soldiers have already raised a mighty £1,084 but have set themselves an incredible target of £25,000.

Please help them reach that goal by donating here:
https://www.justgiving.com/fundraising/thomas-whitehead6