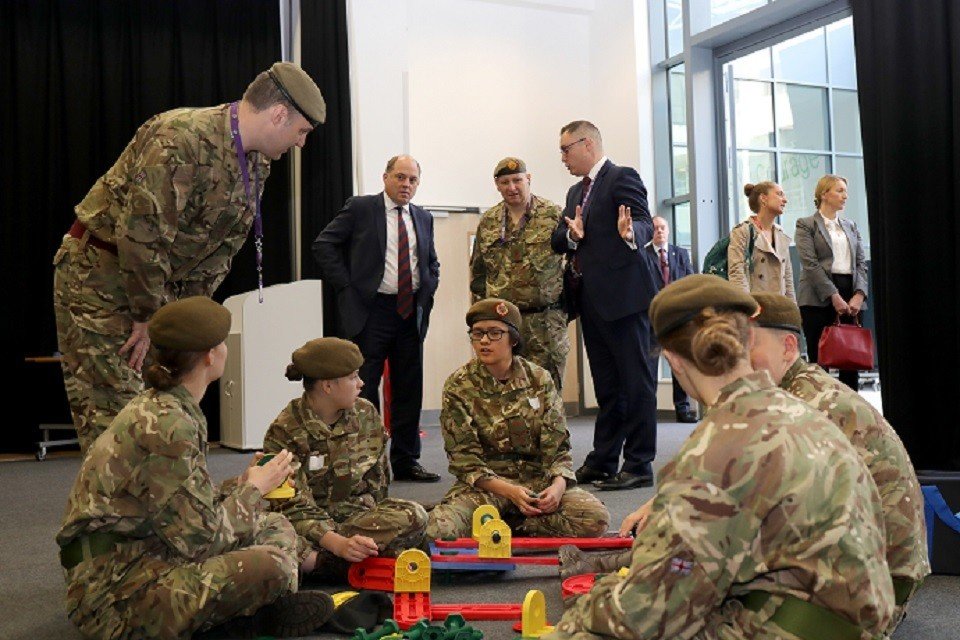 The Government’s Cadet Expansion Programme has reached a new milestone, hitting its 500th cadet unit parading in schools across the UK…

Originally launched in 2012, the joint Ministry of Defence and Department for Education programme had an initial target of establishing 100 new cadet units in state secondary schools in England by September 2015. The scheme was introduced by the Government to increase the numbers of units which could equip young people with unique skills and experiences which can help them in day to day life.

Cadet units teach young people transferrable skills that can help with future aspirations and long-term career goals, such as relationship building, problem solving and teamwork. Due to the success of the original programme, a new target to increase the number of cadet units across the UK to 500 by March 2020, focussing on state schools in areas of high deprivation, was announced in July 2015.

Defence Secretary Ben Wallace said: “Being a cadet offers young people the chance to develop key life skills, meet new people and be inspired by our Armed Forces. The programme has gone from strength to strength, demonstrating the benefits we see in those young people who gain such important, practical and useful skills and experiences.”

Education Secretary Gavin Williamson said: “We want every young person to feel like they can be part of something rewarding and Cadets offer young people the opportunity to build vital life skills including teamwork and resilience. The units help young people to grow in confidence, build loyalty and respect, and develop a sense of service to others.”

In 2018 an independent report from the University of Northampton, part of a four year study, found that joining the cadets offers a range of benefits to individuals and the wider community. Following research across the entire cadet organisation, the report found the huge positive impact that Cadet Forces have on social inclusion, mobility and the mental wellbeing of young people.

The report also concluded that being a member of the Cadet Forces:

Minister of State for the Armed Forces Mark Lancaster said: “These new units will help deliver on the Government’s commitment that students from all backgrounds should be able to enjoy the rewards of joining the cadets. Cadets offer a fantastic opportunity for students to be involved in a range of activities and experiences that they might not otherwise be exposed to, driving forward social mobility.”

The next report is due later this year.