The event already boasts a superb line up of break out sessions and guest speakers, including, Nick Wood (Military Human, York St John University and ex-Royal Navy), Steve Heaney MC (author, military cross recipient and runs X Platoon), Nick Dunn (ex-British Army and one of the Chennai Six survivors) and now to compliment that list, author, John-Paul Jordan, who has recently published his book “The Joys Of War” will round off the event with a 20-minute talk. 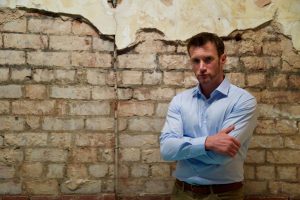 Following his military service, he worked for international media organisations in war zones. John-Paul also played a significant role in investigating the attack on the US consulate in Benghazi, Libya in 2012.

John-Paul’s role was also to clandestinely move journalists in and out of some of the world’s most dangerous hotspots, before moving on to hunt for gold in Afghanistan and train local forces. He was also part of the disaster -relief work on the ground in the aftermath of the Rana Plaza garment factory collapse in Dhaka, Bangladesh.

He works on behalf of various charities, including Mind. John-Paul continues as a media consultant in various roles. Now with two books published “Joys of War” and his self-help book “How to Stop Taking Drugs in 30 days”.

With a wealth of experience and creativity, John-Paul is passionate about making a difference to those that may be going through what he experienced on his journey.

John-Paul said: “I am delighted to be attending this event, and it is an honour and a privilege to be speaking at it also. It promises to be a great day, I urge anyone interested in attending to do so, it is important to utilise as much of the assets available to you as service leaver or veteran to ensure a successful journey”

Pathfinder editor, Mal Robinson added: “We have an unbelievable line up of speakers, many people would pay good money to go and see, never mind it being for free. So to add John-Paul to the list is a real pleasure and I look forward to hearing what he has to say on the day, alongside our other speakers. It is proving to be some military spectacle.”

To register for the free expo main event please visit the link: https://www.eventbrite.co.uk/e/the-bae-systems-armed-forces-veterans-resettlement-expo-tickets-48596043073

To see the list of speakers on the day and timings please visit: https://pathfinderinternational.co.uk/pathfinder-announce-guest-speaker-timings-for-military-expo/