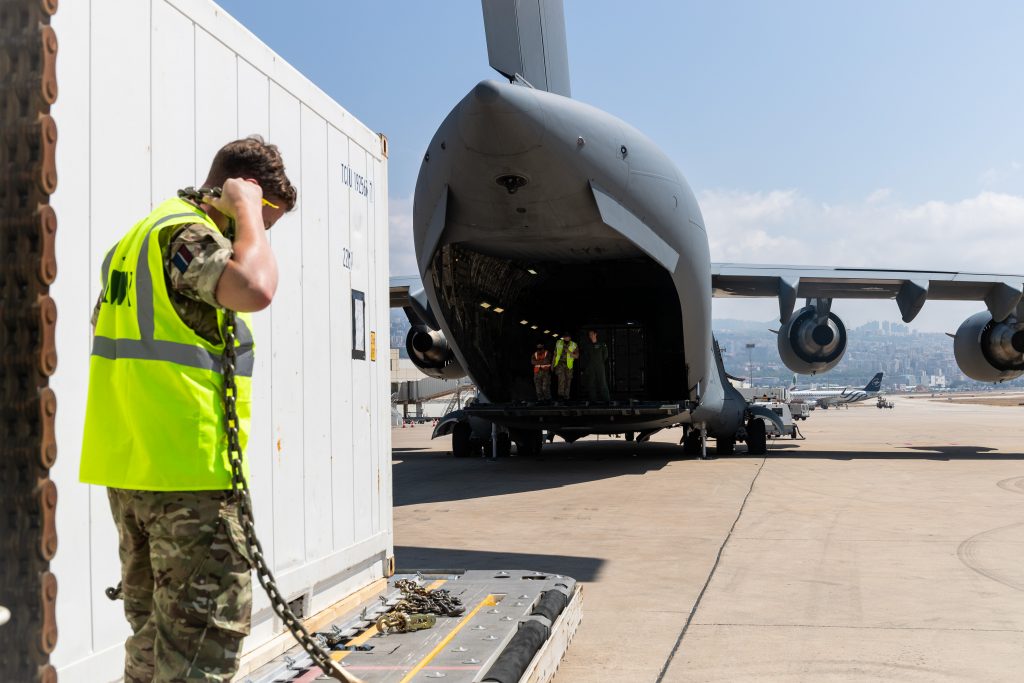 The cold storage containers, which can be used to store medical supplies, have been provided to the Lebanese Armed Forces who are facilitating the disaster relief response.

This most recent assistance follows on from the survey of the damage to Beirut port conducted by HMS Enterprise. Assessing the damage to the port will act as a major step forward in helping to re-establish the strategic shipping hub, with the majority of the country’s imports coming through the port it is vital that it returns to normal operations as soon as possible.

Earlier this week soldiers from the 2nd Battalion The Mercian Regiment, who had deployed from Cyprus onboard HMS Enterprise, delivered and assisted in the construction of a field kitchen and accommodation tents. The tents will service 500 personnel of the Lebanese Armed Forces who are involved in providing assistance in the aftermath of the devastation.

Military advisors deployed to Beirut are continuing to work alongside the Lebanese Armed Forces to assess further assistance the UK Armed Forces can provide.