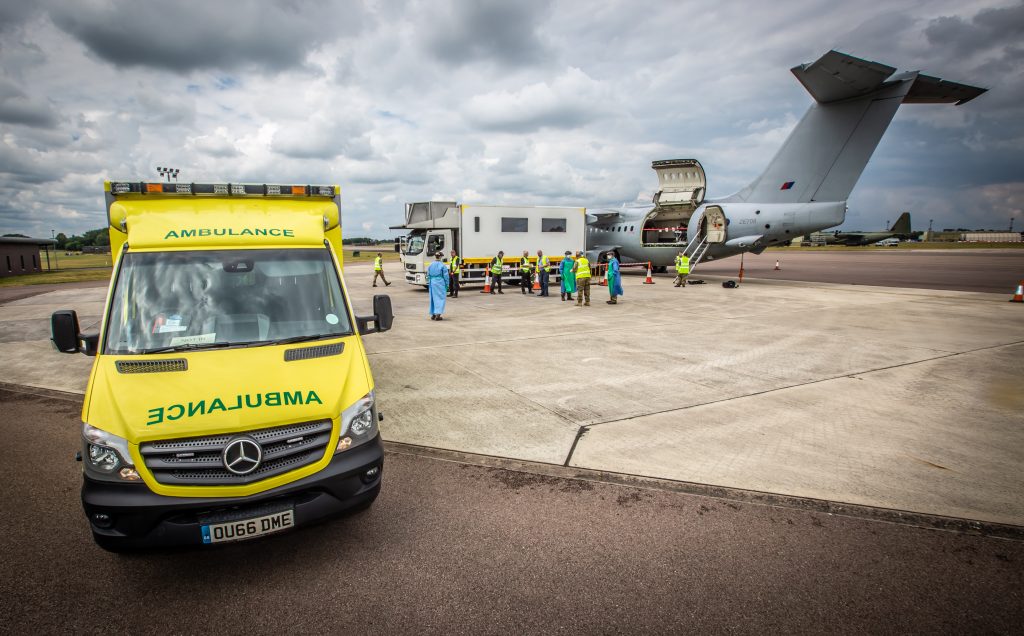 A Royal Air Force transport aircraft has been adapted to carry medical patients in record time and at no cost.

In just two months two BAe146 Mk.3 aircraft operated by 32 (The Royal) Squadron at RAF Northolt have been adapted to transport critically ill patients and RAF medical staff for the first time. 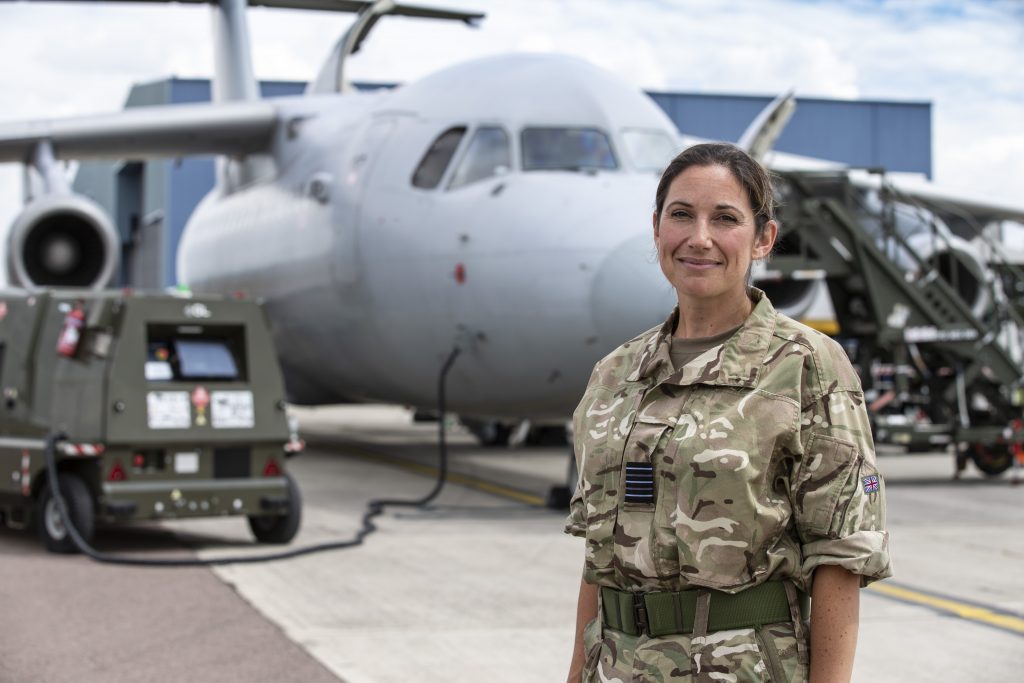 “This project embodies the very spirit of Astra; using existing military aircraft in a dual-hatted role and optimising use of key Defence assets. TMW have never delivered aeromed on the BAe146 in this manner before and it has been achieved at zero cost and in record time by smart use of pre-existing, available assets.”

The Astra Programme aims to encourage innovation across the RAF. Personnel from TMW and 32 (TR) Sqn looked at the options for using the BAe146 on 1 April and concluded that stretcher stanchions already in use on Voyager could potentially be affixed to pallet flooring inside the aircraft.

The engineering task was passed to JADTEU at RAF Brize Norton who swiftly designed and produced a cleared and serviceable solution. Within a fortnight the adaptation was ready for prototype trials which determined the adaptations were suitable for all types of aeromed, including use by the Critical Care Air Support Team.

Following some crew training the BAe146 was declared available for use in its new role some two months after the initial request.

“It came as no surprise to me that the JADTEU team rose to this challenge so professionally; they are a superb team of experts drawn from across the military and Civil Service. Our core business is the conduct of operational trials and evaluation for the delivery of personnel, equipment, and material by air, but it was particularly gratifying in this instance to be able to design, test and manufacture a solution so quickly in support of Defence’s medical transportation capability.” 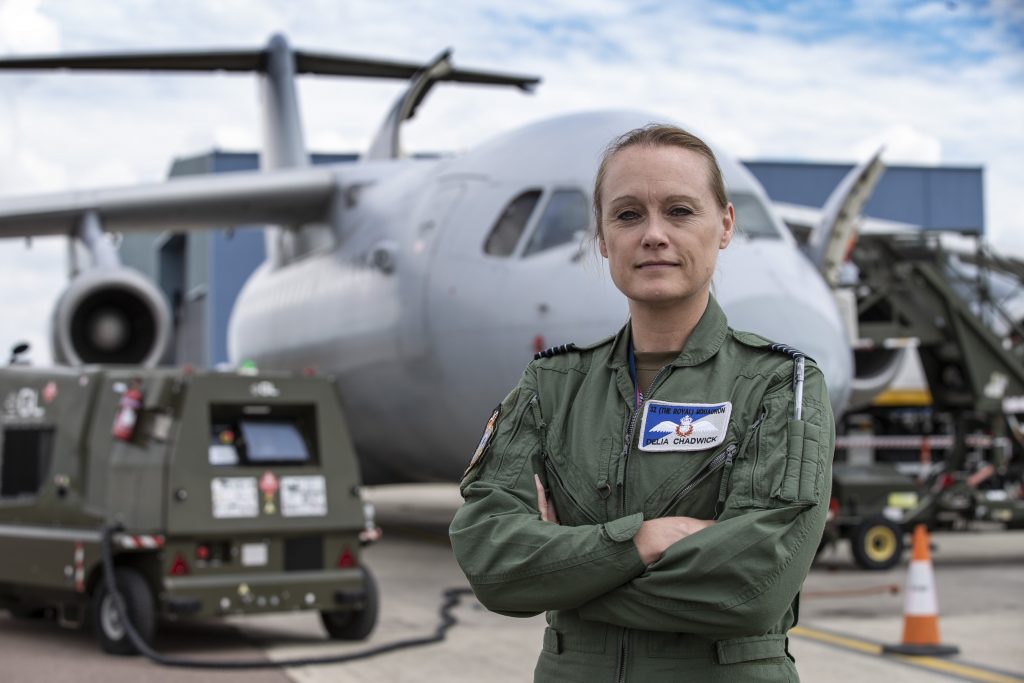 “This project is an exemplar of what Defence can achieve in a short space of time when the operational need exists. It has required close collaboration and coordination, not only between SMEs from my team on 32 (TR) Sqn, JADTEU and TMW, but a number of other key Defence stakeholders including the Queen’s Colour Squadron, DE&S, the RTSA, and our industry partners, BAe and Serco. Development of the CSAT BAe146 capability has added further breadth to what the Air Mobility Force can offer to Defence and will enable more efficient use of a limited pool of assets as a result.

The RAF also has a significant aeromed capability. Atlas, Hercules, Globemaster and Voyager are all able to transport patients and medical personnel, similarly Puma and Chinook helicopters.

The addition of the BAe146 allows greater flexibility as Wg Cdr Bland explained: “The advantage of the BAe146 is that it can land at airports where Voyager can’t due to its smaller size and footprint. It suits our purposes brilliantly for short hops which can be completed at less cost and with less impact on the environment.” 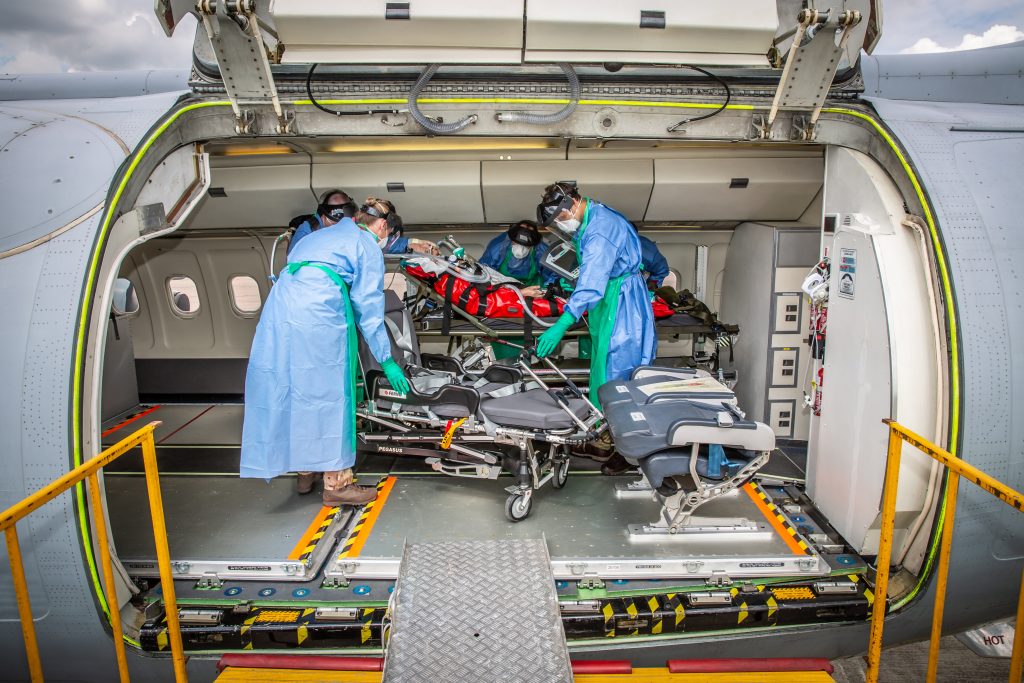 The primary role of Joint Air Delivery Test and Evaluation Unit (JADTEU) is to conduct operational trials and evaluation to develop the delivery by air of personnel, machines and materiel on behalf of sponsors. In addition it provides advice/recommendations to MOD sponsors, other government departments, civilian industry and foreign governments on all air transport matters.