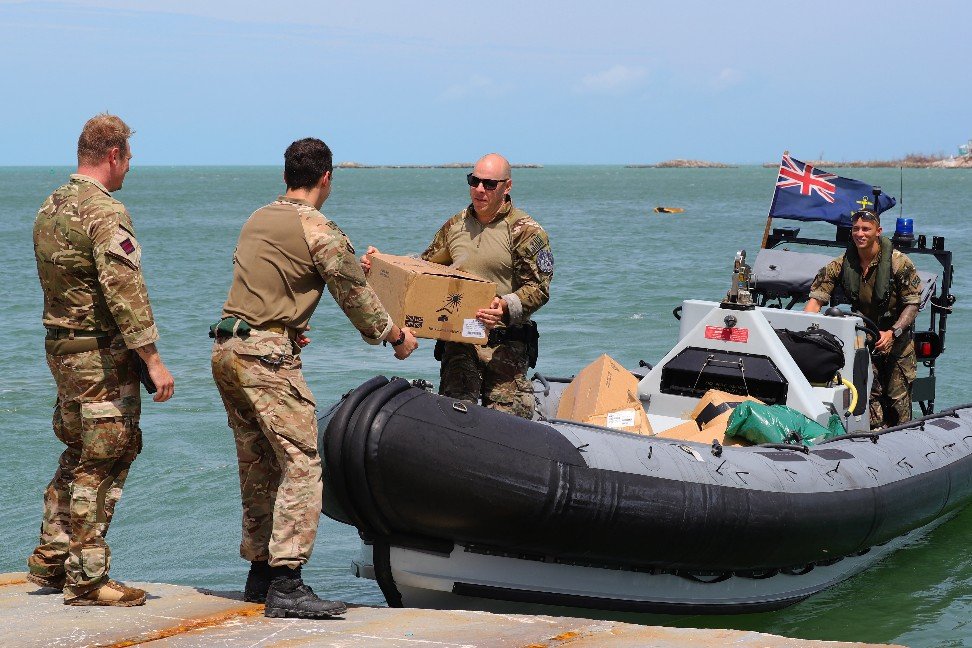 A team of 18 military medical staff arrived in the region at the weekend and will provide emergency care, surgery and intensive care to those in need. They join Royal Navy support ship RFA Mounts Bay, which is delivering aid to the Bahamas following the destruction caused by the devastating hurricane. Mounts Bay was prepositioned in the region for hurricane season, a task it fulfils each year.

Another Royal Navy ship, HMS Protector has been re-tasked to the Bahamas. It is currently in Bermuda taking onboard supplies such as food, water and clothing. On Monday it will sail to the Bahamas where it will provide further support to the disaster relief efforts. The UK is also working with other partners in the region, including the US Coast Guard, whose helicopters have refuelled on RFA Mounts Bay.

Defence Secretary Ben Wallace said: “The devastation wrought by Hurricane Dorian has required an urgent response and the UK’s commitment to the Caribbean means that our Royal Navy is on hand to help. They have acted swiftly to deploy extra medical personnel from the UK to the Bahamas, where they will provide desperately needed expertise.”

The extra 18 medical personnel deployed this weekend are military personnel who maintain their skills by working among the NHS in the UK. They are held at short notice to deploy anywhere in the world to provide medical help where it is needed. They are able to provide a higher tier of medical support – known as a Role 2 capability.

Lieutenant Commander Anna De-Saint is the officer commanding the team deploying to the Bahamas. She said: “It is absolutely essential that teams like us and the humanitarian teams already in the region are ready to respond to an emergency like this at short notice. I know we can add value to the team already out there in the Bahamas.

“The Role 1 medical team is there to support personnel on the ship with everyday illnesses and undertake emergency care whereas we are there for life-saving damage-control surgery and resuscitation. A lot of our kit is already on the platform, including all the medical equipment, drugs and surgical equipment. One of the most important thing we are taking out there is blood.

“We are held at 48 hours’ notice to move so we are a high-readiness unit who are available to go at short notice anywhere in the world. During hurricane season, we know there is a higher chance of us being needed but we have not had to deal with a situation like this since Operation Ruman – the UK’s military response to Hurricane Irma in the Caribbean in 2017.”

The Royal Navy medics were most recently mobilised to support a peacekeeping mission in South Sudan. The medical team took the equivalent of a hospital – with 78 doctors, nurses, dentists, physiotherapists and others – to a UN camp there in 2018.