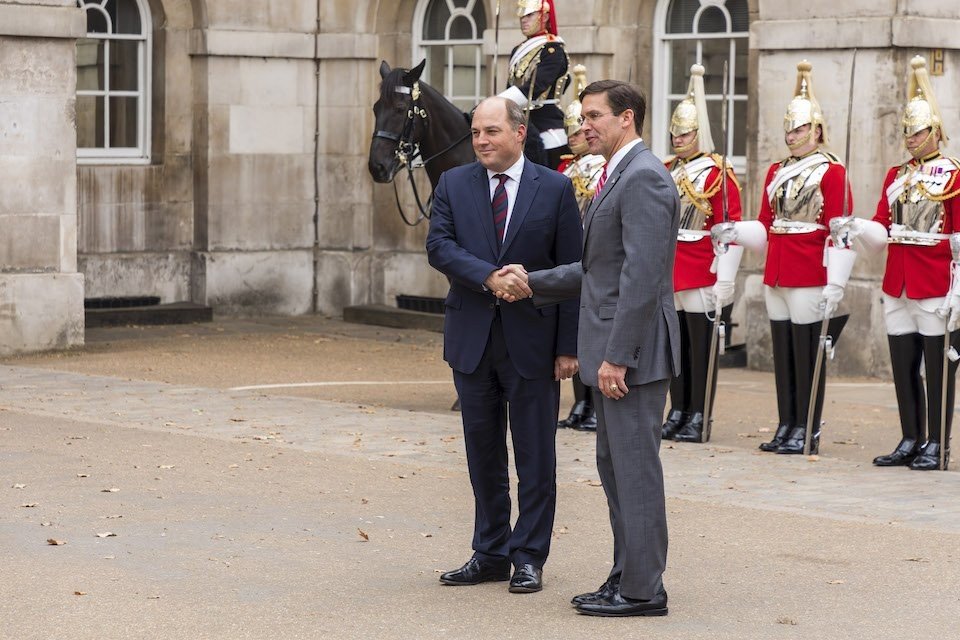 At a meeting in London, Defence Secretary Ben Wallace and the US Secretary for Defense Mark Esper both reiterated the historic and enduring defence relationship shared by the two countries…

Defence Secretary Ben Wallace said: “In the year that we commemorate the 75th anniversary of D-Day and the 70th anniversary of NATO it is right that we reflect on our historic and enduring relationship. The UK is the US’s most reliable and most capable ally, and with our Armed Forces operating together all over world we will continue to work together to promote justice, tolerance and freedom around the world.”

During the meeting both the Defence Secretary and his US counterpart restated their commitment to NATO, the cornerstone of the transatlantic partnership that has succeeded in keeping Europe at peace for over 70 years.

Both the UK and US are currently leading multinational battlegroups in Eastern Europe as part of NATOs enhanced Forward Presence demonstrating the leading roles both nations play in the Alliance. UK troops from the Scots Dragoon Guards are working side by side with their US counterparts in Poland, while over 850 UK troops are leading a battlegroup in Estonia.

Both parties also spoke of their desire to jointly tackle global threats such as the re-emergence of great power competition with Russia and China as well as traditional threats such as religious extremism. Both were also keen to raise further cooperation in conventional spaces such cyber and space.

The UK and the US has the broadest, deepest and most advanced defence relationship of any two nations and troops from both countries continue to operate around the world together in places such as Afghanistan, South China Sea, the Middle East, and Europe. The recent territorial defeat of Daesh was testament to how two of world’s leading military forces can come together to overcome a common enemy.