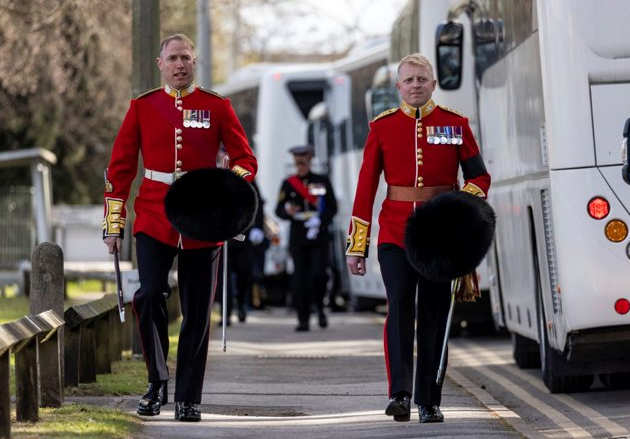 Members of the British Army make their way to a coach from Pirbright to London for a full dress rehearsal of the Duke of Edinburgh’s funeral which will be held at 15:00 hours on Saturday April 17 2021.

Preparations for the funeral of His Royal Highness The Duke of Edinburgh gathers momentum.

Today members of the Armed Forces have moved from Brunswick Lines, Pirbright to London for a full dress rehearsal which included all three service bands.

The Duke of Edinburgh’s Funeral will be a “Ceremonial Royal Funeral”, the same as that of Queen Elizabeth The Queen Mother. It will not be a “State Funeral” – something that is generally reserved for Monarchs.

The Dean of Windsor will conduct the Funeral Service and the Archbishop of Canterbury will pronounce the Blessing.