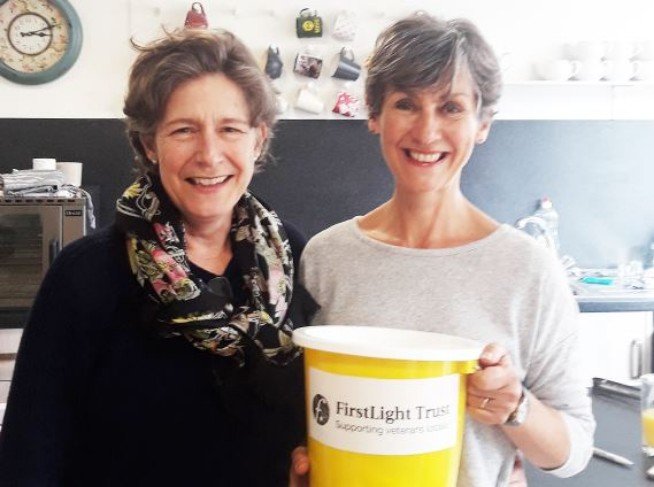 A one-woman show written by Coronation Street and Downton Abbey actor Christine Mackie has focused the spotlight on the issue of veteran suicide, wowed critics and helped raise money for charity…

Best Girl is a true family affair as it is performed by Christine’s daughter, actor Lois Mackie. The play highlights the issue of veteran suicide and the devastating impact it has on their loved ones.

Christine’s father, a World War II veteran, took his own life when she was just a child, leaving her with trauma she couldn’t process for years. After having her own children, Christine sought professional help to deal with her grief and how to talk to her daughters about it.

It was first performed at this year’s Greater Manchester Fringe and then at the Edinburgh Fringe. Best Girl Productions were keen to support charities through ticket sales and audience member donations. One of these was leading veterans’ charity FirstLight Trust.

“Lois and I are so happy that Best Girl was able to give a total of £1000 to FirstLight Trust,” says Christine. “The work it does is truly inspiring, and we were so grateful for their support during this adventure, helping publicising the play. It was also great to perform in front of their veterans from their Hawick cafe hub who visited us in Edinburgh. Doing the show was a brilliantly positive experience and handing over this much money is the icing on the cake!”

FirstLight Trust works to rehabilitate those leaving and those who have left the Armed Forces and Emergency Services back into their communities. They focus on practical, community-based solutions to address problems caused by isolation and mental health issues. FirstLight Trust also tackles the ‘invisible’ injuries of mental health such as PTSD and anxiety, and the misunderstanding that come with this.

“Significant parallels can be drawn between the crucial work FirstLight Trust does to support veterans, and the various themes accurately portrayed in this brilliant production,” says charity founder Dorinda Wolfe Murray. “We are extremely thankful to the generous audience members and to the Best Girl team for this donation. Every penny will go towards supporting veterans and their loved ones suffering from various forms of trauma.”

Best Girl was highly recommended by The Edinburgh Fringe Review and was nominated for Best Actor and Best Drama in the Greater Manchester Fringe Awards. It is playing at The Dukes Theatre in Lancaster next year on the 9th, 10th and 11th April and at Oldham Coliseum Studio on the 16th and 17th April 2020.